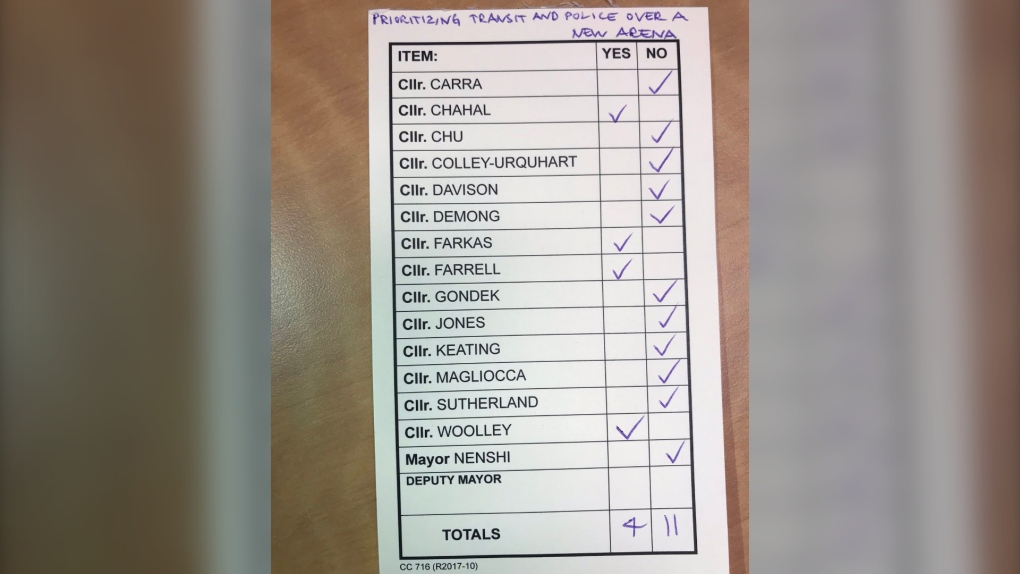 Coun. Woolley tweeted this image of the arena vote tracker following the defeat of his motion to change the terms of the arena deal. (@EWoolleyWard8)

CALGARY -- The attempt by a Calgary councillor to redirect funding away from a new arena toward other projects has failed in an 11-4 vote.

Ward 8 Coun. Evan Woolley announced the motion on Wednesday, saying that spending $290 million on a new arena was the wrong step to take given the current economic climate.

"Obviously I’m disappointed," said Woolley outside council chambers shortly after his motion failed on Friday by a vote of 11-4

Woolley also said he had no misconceptions about meeting the vote requirements to pass this motion.

"I think the value was that Calgarians got to participate in a conversation about trade-offs and priorities.They were not able to do so when the arena decision was done in the dog days of summer when no one was paying attention."

He said it’s beneficial for Calgarians to see what are priorities for city council in terms of police, transit, fire, housing and supporting vulnerable Calgarians.

10 votes were needed for the motion to pass.