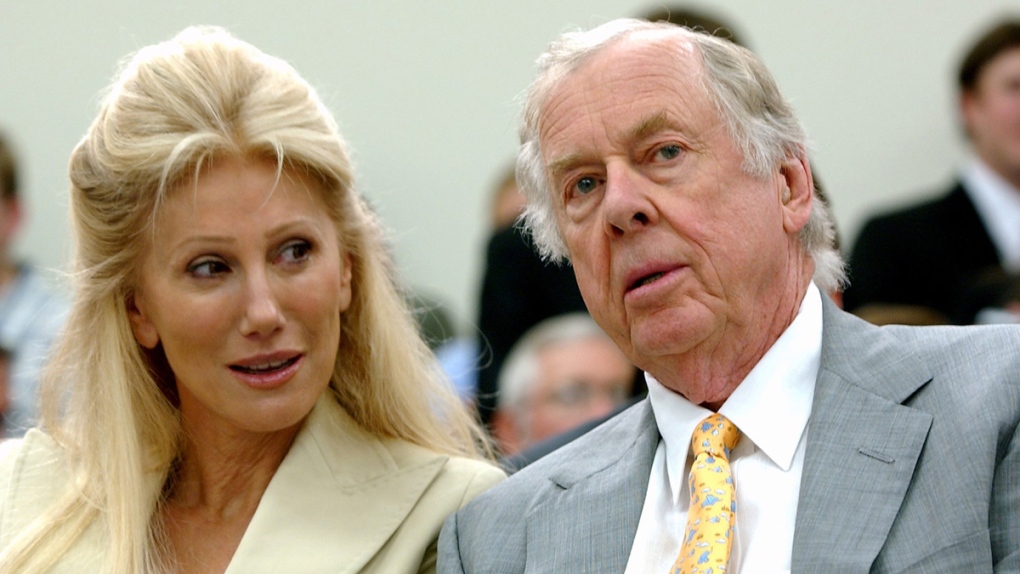 T. Boone Pickens, who died Wednesday, may have been best known as colourful Oklahoma oilman and corporate raider who once tried to buy Gulf Oil, but he also had a strong bond with Calgary and was part of the origin story of the Alberta oilsands.

Pickens lived in Calgary in the late 1950’s and early ‘60’s, launching Altair Oil and Gas, where he said he made a lot of money and a lot of good friends.

He eventually relocated to the U.S., launching the investment firm BP Capital Management, and offloaded his Canadian assets, estimated to be worth $600 million, by the late 1970’s but he never offloaded his Calgary friendships or penchant for philanthropy.

The money went towards establishing the Boone Pickens Centre for Neurological Science and Advanced Technologies. Pickens said the donation came in part because of his long time friendship with Flames co-owner Harley Hotchkiss.

He was also an early supporter of the oilsands and even wrote a letter to the Calgary Herald in 2016, apologizing on behalf of the United States for delays in building the Keystone pipeline.

“I feel bad about this,” he wrote. “I lived in Canada in the 1960’s. You have a great country, and it’s a great place to operate in the oil and gas sector. We should have done better by you.”