One sent to hospital after mid-air plane crash near Bashaw 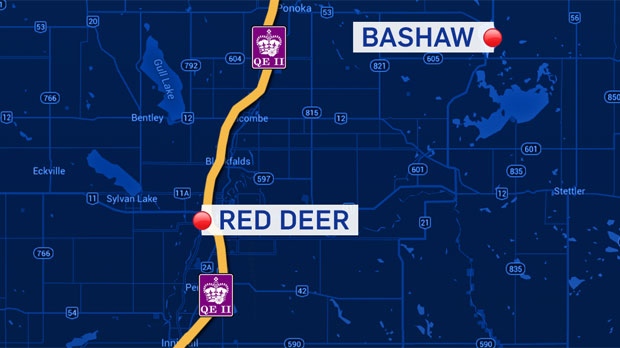 Transport Canada is investigating after two home-built planes collided mid-air near the central Alberta community of Bashaw on Sunday morning.

One man is recovering in an Edmonton hospital after his home-built airplane crashed mid-air near the central Alberta community of Bashaw.

At around 11:30 a.m. on Sunday, emergency crews were called to the scene of a plane crash.

When they got there, they found two single engine, home-built planes in a field near Township Road 424 and Range Road 221. One of the planes had landed safely while the other had crash-landed nearby.

Officials say the pair of planes were travelling from Carstairs to Red Deer Lake when they crashed mid-air.

One of the pilots, a 47-year-old man, suffered a severe leg injury and had to be transported to hospital in Edmonton by STARS Air Ambulance.

The other pilot sustained minor injuries and was treated at the scene.

Transport Canada is heading the investigation into the crash.