'Quite pleased to see it again': 1999 hockey championship ring returned to rightful owner 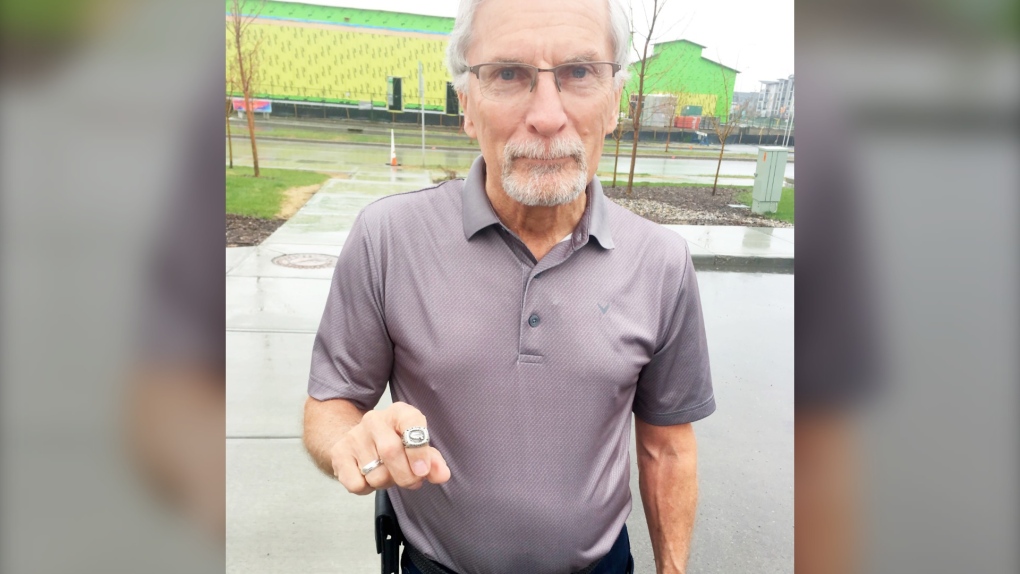 CALGARY -- As soon as he heard the high-pitched squeal from his metal detector, Chris MacDonald knew he'd likely found something valuable.

The unmistakable tone usually indicates something silver is just below the surface.

But when he dug the object up – which turned out to be a ring – he quickly realized it was worth a lot more than money to someone.

"It was about four inches deep and … I also saw that it had his name on it." 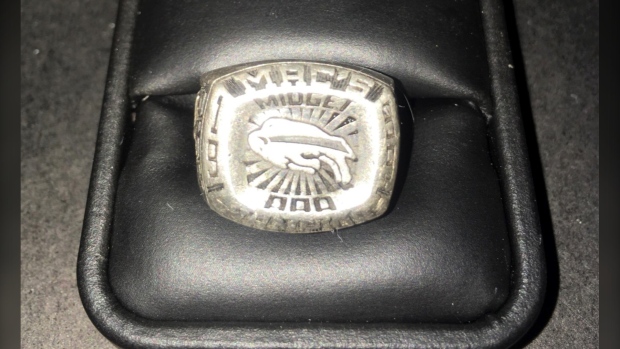 MacDonald reached out to the team and they were quickly able to connect the two men.

"I was quite pleased to see it again. It's the keepsake value, the commemorative value of it," said Puttick.

"Our club won the Mac's tournament after two attempts and that's not something that every hockey team gets to do. I hated to lose it but these things happen and you've just got to move on."

MacDonald made the find near the football field behind Forest Lawn High School in Calgary, and the ring had travelled a fair ways to get there.

After winning the 1999 title, Puttick didn't wear the ring very often, instead keeping it with other jewellery at his home in Strathmore. His home was broken into in 2014, however, and thieves made off with the memento, along with a number of other items.

Because the ring was so unique, both MacDonald and Puttick assume whoever took it threw it away and it ended up buried in the grass.

Winning the Mac's AAA tournament is no small feat. In fact, it's the equivalent to the Stanley Cup for some players, especially those who won't make the NHL.

The 1999 tournament was the Bisons' third time qualifying for the prestigious event.

Puttick, who joined the team in 1990, was an assistant coach in 1997 when they placed fourth, and was head coach in 1998 when they finished second, losing to Saskatoon in the final.

"The fact we'd been in the final four, three seasons in a row, to me was quite significant in its own right," said Puttick. "Because our program had struggled up to that point to establish itself as a quality program and that sort of put us front and centre in front of everybody."

The ring represents his connection to the players, he said.

"After this many years, a lot of it becomes intermingled, you have players from one season to the next, but it was a good group of kids, it was a hard-working group," he said.

"Those boys travelled in some cases an hour to two hours to practice twice a week, and also had to maintain their schooling, because that was part and parcel of our program."

For MacDonald, a member of the Calgary Metal Detecting Club, the hobby is a fun way to stay active and explore the city.

"It's a way to get off the couch, keep busy and clean up garbage," he said. "All the good stuff is in Europe and the East Coast, but we do find some interesting stuff here."

Some of his more interesting finds include an airsoft replica six-shooter, a diamond ring, and even a Celtic cross necklace with a 1907 stamp that was traced to Dublin, Ireland – but this was the first time he's been able to reunite an object with its rightful owner.