Sled Island remains a festival of discovery and Calgary debuts 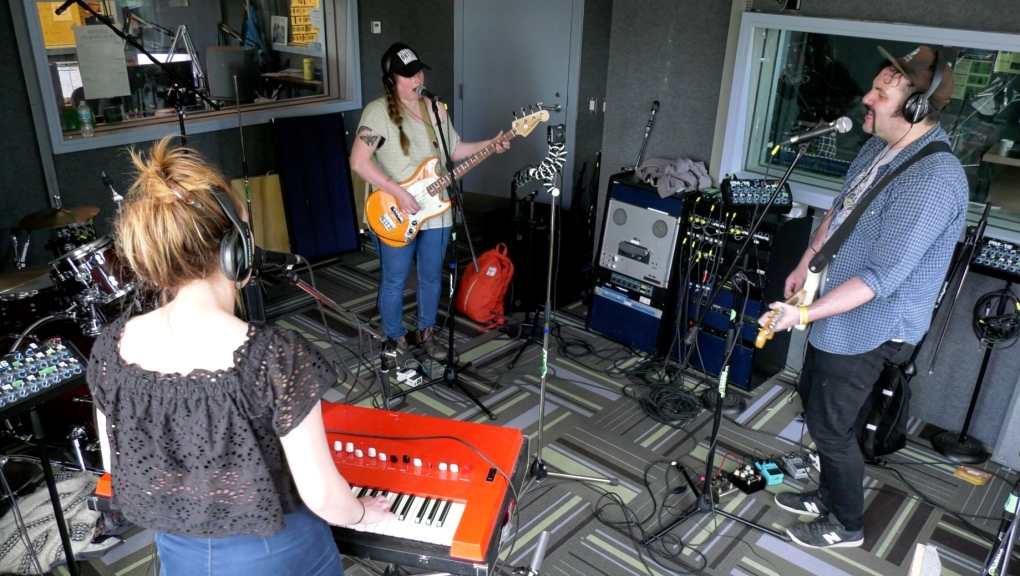 The WON'Ts performed at the CJSW studio on Wednesday. The Regina band is one of the more than 250 acts performing at Sled Island this year.

The 2019 edition of the Sled Island Music & Arts Festival has officially arrived and, with a combined 250 bands, artists, comedians and films on the lineup, attendees to this year's festival have a lot to check out.

The festival began in 2007 and has since grown to include over 30 venues where more than 30,000 music and art lovers are expected to take in the offerings.

"The festival format stays the same one year to the other," explained Maud Salvi, executive director of Sled Island. "We have new venues including the Patricia A. Whelan Performance Hall in the new Central Library. That should be beautiful and fun."

Salvi adds that this year's lineup will provide local music fans with their first opportunity to see most of the artists perform in our city. "We strive to bring artists who are not only new to Sled Island but also to Calgary. A large majority of the acts we bring have never played in Calgary."

At CJSW Radio on the University of Calgary campus, Darcy McIntyre and her Regina-based band, The WON’Ts, played a few songs on the station's airwaves. She's relishing the chance to play Sled Island. "There’s a ton of talent in this festival, the exposure is awesome. We’re a relatively new band so just to put that application out and have them say 'Hey you guys come on down',  I think it's just a great kind of community thing more than anything.”

If you missed their live radio performance, you can catch The WON’Ts at The Palomino on Thursday at 9 PM.

If you find yourself overwhelmed by the sheer amount of musical acts, Salvi has some advice. "If someone looks at our poster and gets intimated because they don’t recognize any of the names, do not be afraid. That is the whole point of Sled Island. It’s really a discovery festival and not knowing what you’re getting into is kind of the best part."

For a full schedule of this year's festival, check out Sled Island Music & Arts Festival