LETHBRIDGE -- Emergency crews were called to the scene of a crash on Highway 519, near Granum, that killed a 31-year-old woman on Friday morning.

RCMP were called to the highway between Granum to Nobleford at about 4:30 a.m. for a crash between an SUV and semi tractor-trailer unit.

Highway 519, between Highway 23 and Highway 2, is closed to traffic in both directions.

Police say the SUV, driven by the woman, was travelling eastbound when it collided with the westbound truck.

The woman was pronounced dead at the scene and the driver of the truck was not injured.

A collision analyst is at the scene and police say traffic will be diverted around the scene for several hours. 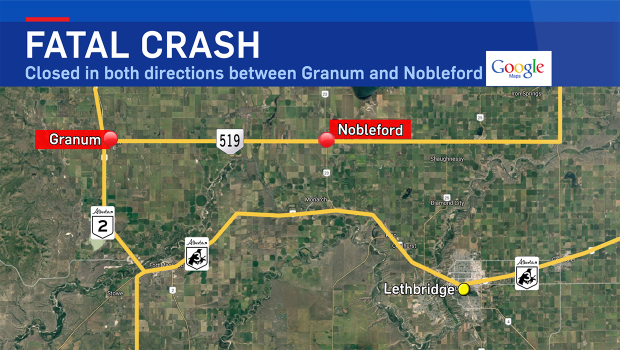