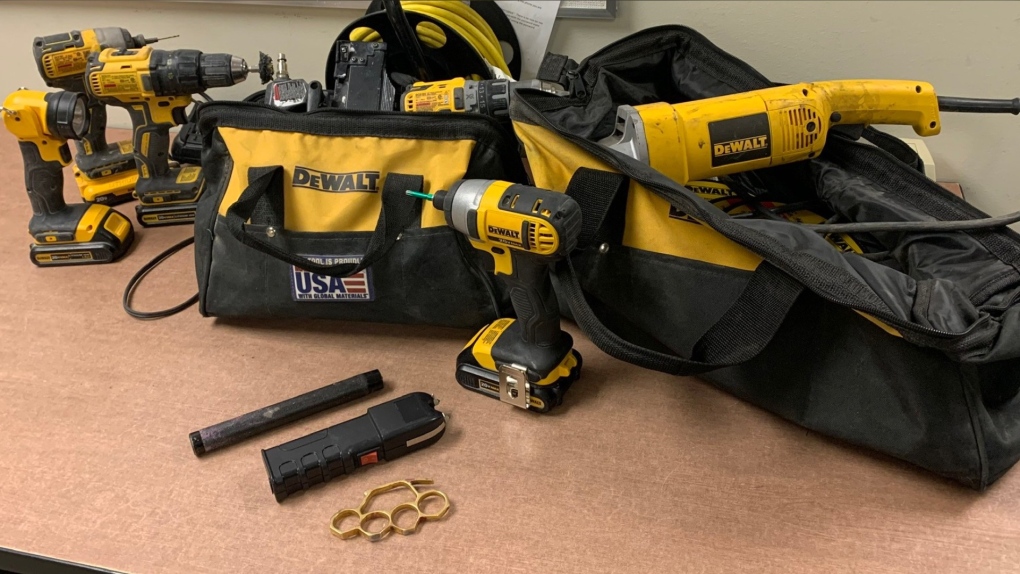 Weapons and stolen tools seized during a Lethbridge Police Service/Claresholm RCMP seizure that was spurred by a report that stolen items were available for sale on social media. (LPS)

A 21-year-old man faces stolen property and weapons charges following an investigation into social media postings selling tools that were believed to be stolen.

The Lethbridge Police Service received a complaint indicating that a number of tools that had been stolen from a home under construction in West Lethbridge in December were being offered for sale online.

Investigators identified a suspect in Claresholm and a search warrant was jointly executed by Lethbridge police and Claresholm RCMP.

As a result of the search, officers seized:

John-Henry Fisher has been charged with:

Fisher has been released from custody ahead of his scheduled court appearance on March 22.