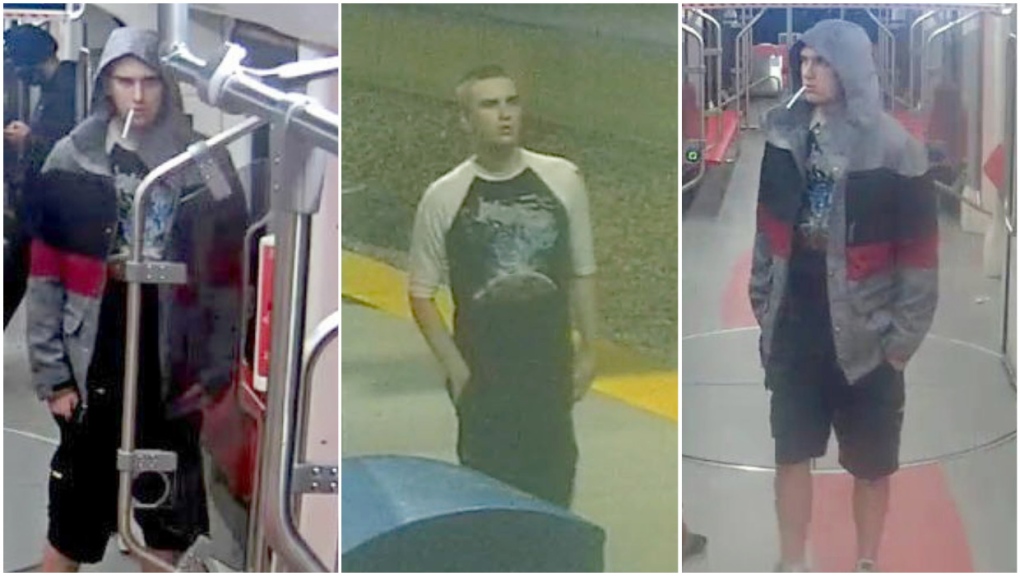 Police released these CCTV images of a suspect wanted in connection to the stabbing of a woman on Seventh Avenue S.W. (Calgary police handouts)
CALGARY -

A 19-year-old man has been charged with aggravated assault in connection with the stabbing of a woman in downtown Calgary that police say was a random attack.

The victim was standing near the intersection of Seventh Avenue and First Street Southwest in the late hours of July 6 when she was approached by a man who stabbed her multiple times.

The suspect fled on foot as a witness yelled for help. The stabbing victim was transported to hospital in stable condition.

Police released surveillance images of the alleged offender wearing a Judas Priest T-Shirt on a C-Train in the minutes following the attack and a CPS member believed he recognized the suspect.

The investigation led officers to a home in the 2700 block of 12th Avenue S.E., in the community of Albert Park/Radisson Heights, and Ethan Daryl Lawless was arrested on Sunday.

Lawless remains in custody ahead of his court appearance scheduled for Wednesday.