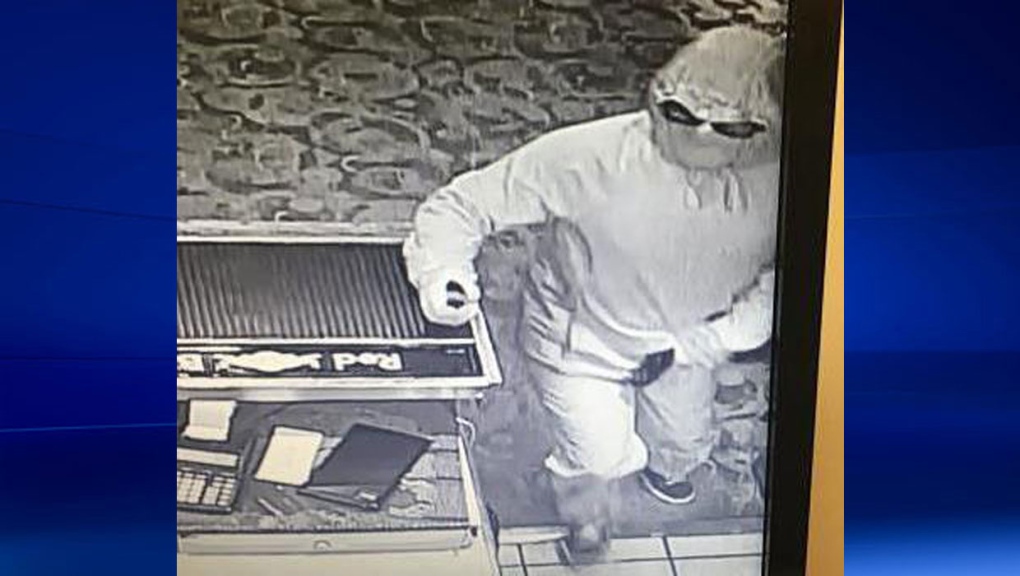 Police are searching for a suspect in connection with an armed robbery that took place on Sunday night. (Supplied)

Lethbridge police are looking for public tips to help track down a suspect in connection with an armed robbery that took place earlier this week.

The suspect approached the bar, pointed a knife at the employees and demanded cash.

The workers handed over an undisclosed amount of money and the man fled the scene, running north on 23 Street.

When police arrived at the scene, the suspect could not be found.

He is described as having darker, olive-coloured skin and was about 5'4" (163 cm) tall.

He was seen wearing a black hoodie with the hood pulled up, black baggy jogging pants, a balaclava or mask over his face, black running shoes and black winter gloves cinched at the wrist.