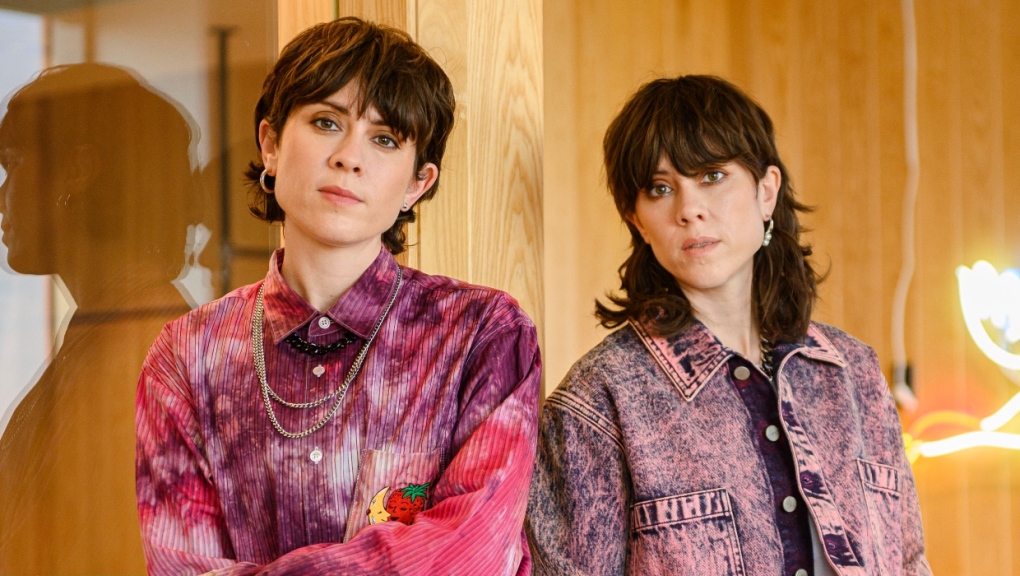 Tegan and Sara pose for a photograph in Toronto, on Friday, September 9, 2022. (THE CANADIAN PRESS/Christopher Katsarov)

After filming in Calgary earlier this year, a portion of Tegan and Sara's new TV series High School will be screened at the 2022 Calgary International Film Festival (CIFF) – followed by a performance by the musicians.

The show is based on their 2019 memoir of the same name, in which Tegan and Sara Quinn reflect on their time as teens in Calgary in the '90s attending Crescent Heights High School.

Scenes for the series were shot in Calgary this past spring – including at Crescent Heights High School, which can be seen in the show’s trailer.

On Sept. 29, CIFF will play the first three episodes of the show at the Cineplex Odeon in Eau Claire starting at 8 p.m.

Before the screening, Tegan and Sara will walk the red carpet at 7 p.m.

Once the episodes have played, they'll partake in a Q and A session as well as an acoustic performance.

Actress Cobie Smulders, known for her roles as Robyn Scherbatsky in How I Met Your Mother and Maria Hill in multiple Marvel projects, plays their mother.

This year's Nobel Prize in physiology or medicine has been awarded to Swedish scientist Svante Paabo for his discoveries on human evolution.

It's voting day in Quebec, a border crossing was unexpectedly closed Sunday night, and the Toronto Raptors begin their pre-season with a win in Edmonton. Here's what you need to know to start your day.

Ukrainian troops continued to push forward Monday with their offensive that has embarrassed Moscow, with Kyiv officials and foreign observers hinting at new gains in the strategic southern region of Kherson.