'The most Alberta thing I've ever seen in my life': Country Thunder kicks up some dust downtown

'The most Alberta thing I've ever seen in my life': Country Thunder kicks up some dust downtown 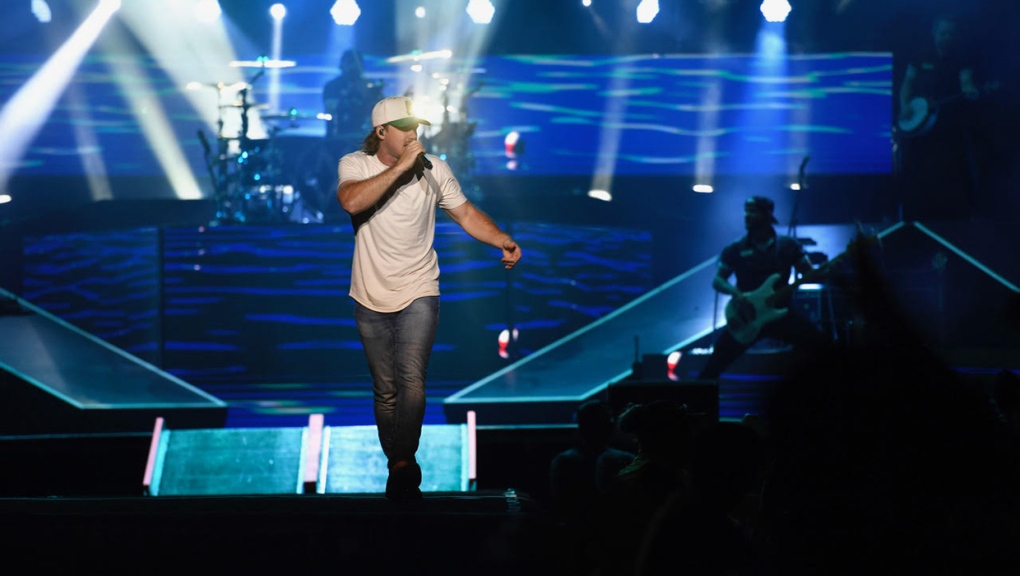 Saturday night, Country Thunder wasn’t confined to the concert area inside the fences at Fort Calgary.

As country superstar Morgan Wallen performed onstage before a sold-out, jam-packed party crowd of over 20,000, a second group of country curious fans gathered outside the gates at 6 Street S.E. and 8 Avenue to catch a little bit of the show.

There were a number of East Village residents walking dogs, scooter drivers and even a few couples who appeared to be out on a date night who pulled up a seat on the conveniently-located park benches on 8th Avenue, where they were able to get pretty much the same experience as the crowd inside the gates - minus 21,000 people jammed cheek-to-jowl and beer. 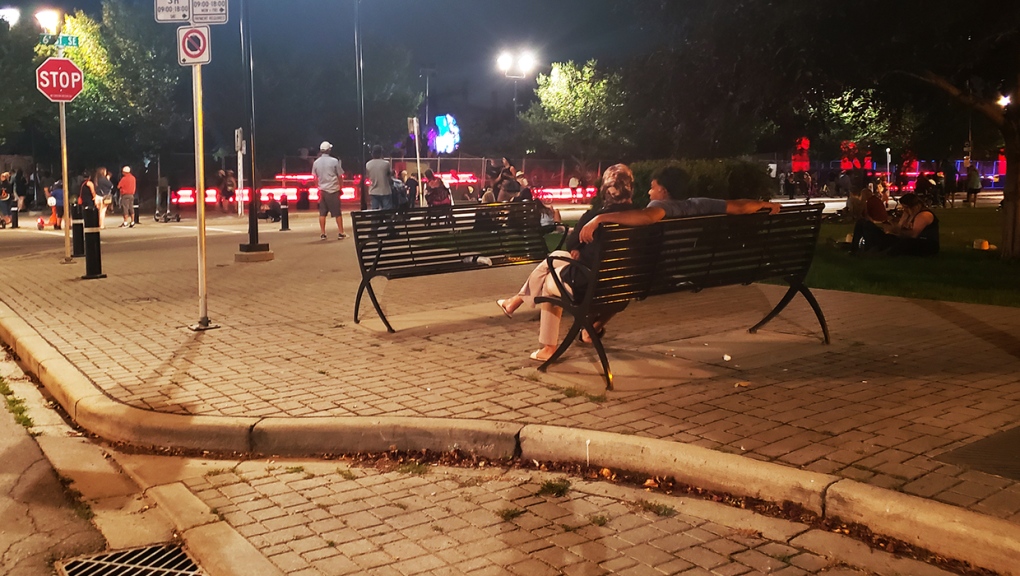 That's because the Country Thunder experience is as much of a multi-media spectacle as it is a bit of Budweiser-drenched, late summer honky-tonking.

The huge stage that rose out of the ground at the south end of Fort Calgary features numerous projection screens with cinematic presentations of whoever is performing on stage.

The video version of the show is so well-produced that the truth of the 2022 concert-going experience is that you're most likely to watch Morgan Wallen singing on the biggest big screen TVs ever – and not even feeling like you're missing the actual experience of watching the real Wallen, standing on stage singing his songs. 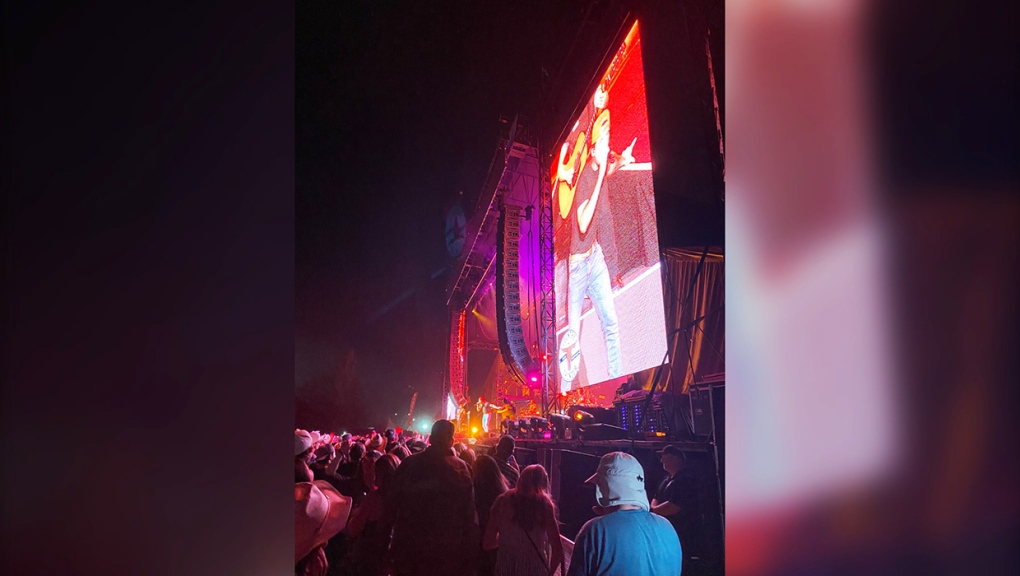 Projected images aren't new to live concerts but Fort Calgary is new as a host venue for Country Thunder, which led to the late-night watch party outside the country festival gates.

Those screens and the sensational sound and the proximity of the gates to the actual stage made being stuck outside Country Thunder almost as much fun as being inside – the festival even installed a half dozen porta potties for ticketless fans to have access to.

Inside the site, there was a combination of heat, booze, lineups, and youthful energy that resulted in what felt at times like a 21,000 person mosh pit – which some loved, while others (particularly older, shorter concert-goers) were a little on the fence about.

Although this being a country music festival, there was nothing subtle about the messaging if you got chatting with your neighbor.

"This is a sh-t show," said one woman, who admittedly was shepherding four little kids, as a steady stream of concertgoers streamed past us, in the intermission between Hardy's set and the headliner Wallen. 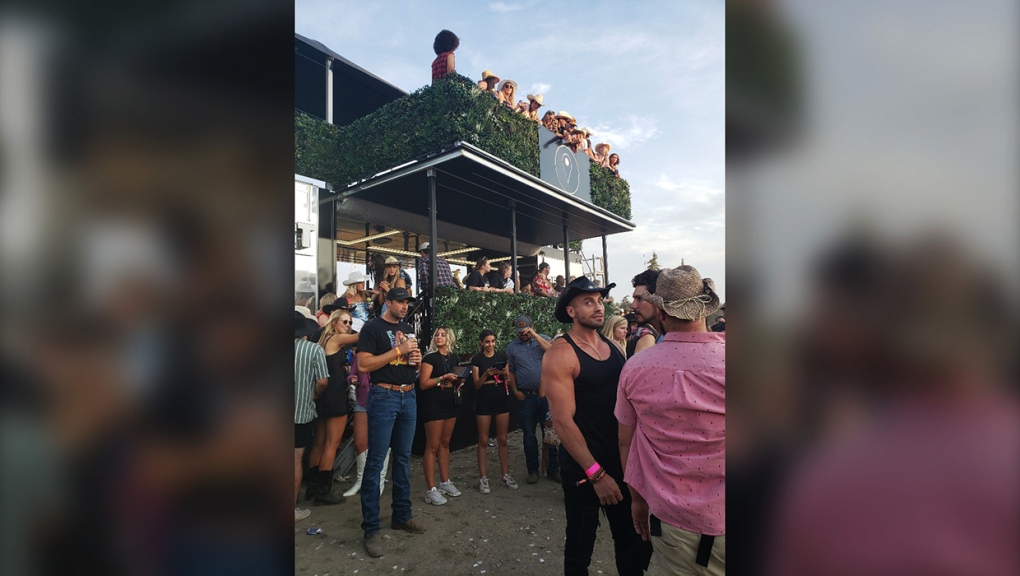 The combination of increased capacity, and what felt like a lot less space than the previous venue at Prairie Winds Park, along with late-summer heat that was missing in 2019, made the experience challenging at times, even though the music served up by Hardy and Wallen Saturday night was top-notch country.

Hardy brought his brand of in-your-face country rock to a hot August Saturday night, and that seemed to be a perfect fit for the well-lubricated crowd, who knew all the words to his songs almost as well as they knew Wallen's. like on tunes like Ain't a Bad Day (for the world to end).

"Let's get our f-in redneck on, bro!" Hardy hollered, then donned a Flames jersey with his name and number 69 on the back for the final few tunes. 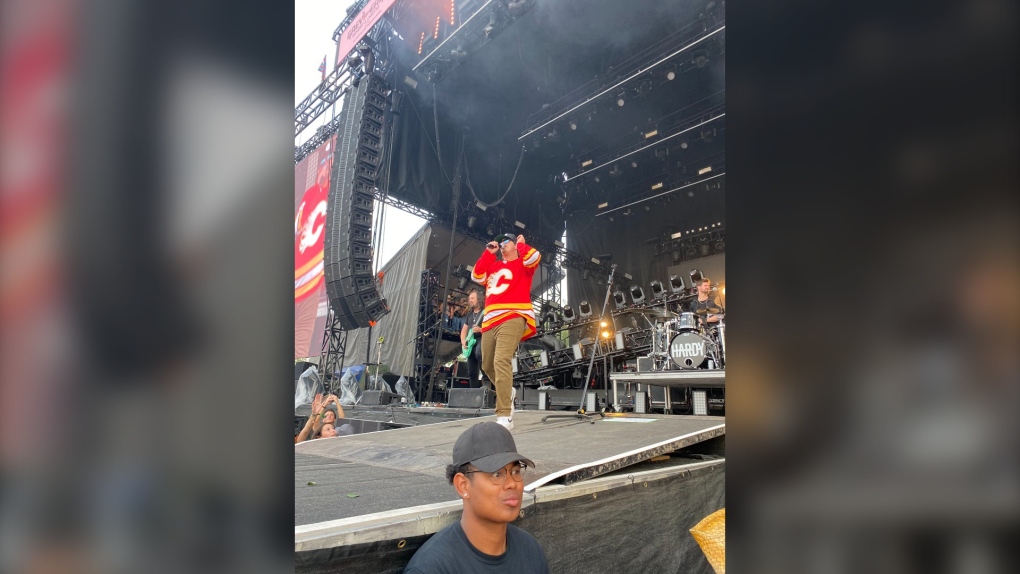 He got the crowd to sing along to his lyric "My town's smaller than your town", and introduced one tune that felt like it kind of explains where a lot of country songs come from.

Then he launched into a tune called "Unapologetically Country as Hell", where the first lyric is "My trucks where my money goes," and it's safe to say he had 21,000 Country Thunder fans on side.

It was also a little jarring to arrive in downtown Calgary to discover a country music mecca, but the crowd was as charged for the festival as the geeks are every time Comic Expo comes to town and they pull out their Groot suits.

The only difference is for this festival, there were thousands of hats, including one woman in a baseball cap that said, "Wish you were beer."

It was country cosplay at Country Thunder – or, as one young woman who was decked out in daisy dukes and boots and a hat said on the way into the site Saturday, "This is the most Alberta thing I've ever seen in my life." 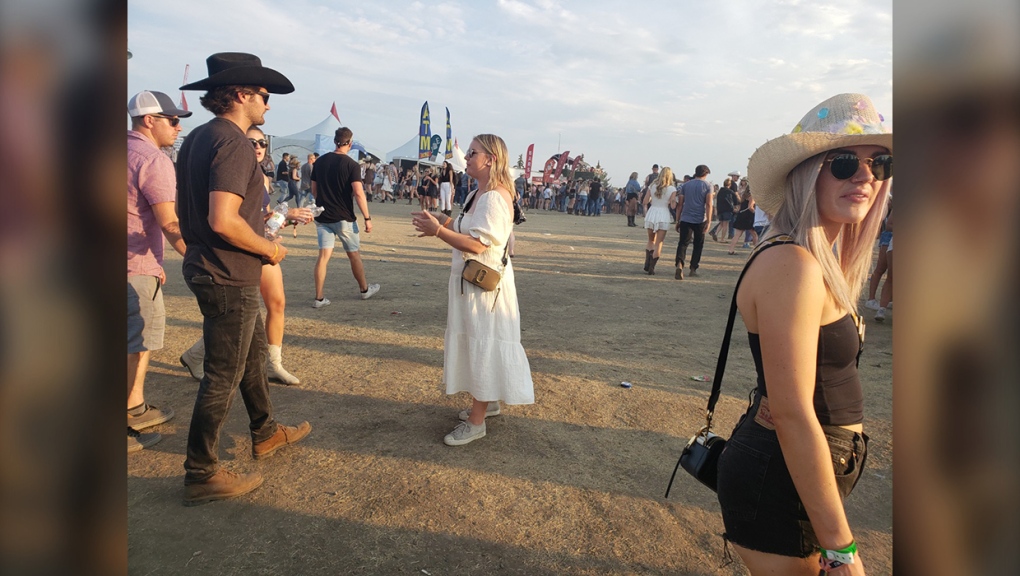 The festival concludes Sunday. You can't buy tickets but if you happen to be walking your dog around the East Village, the party doesn't stop at the fence. 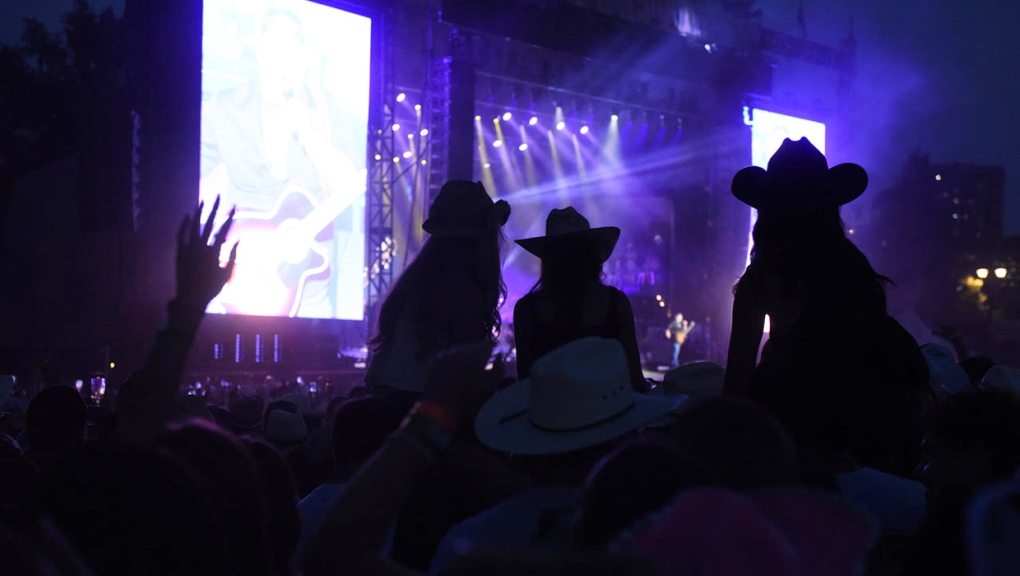 'Not looking for a fight' but nothing off the table when it comes to Alberta sovereignty act: PM Trudeau

A massive Ontario-wide investigation into child exploitation has led to more than 100 people being charged, police announced on Wednesday.

The largest earthquake ever recorded in Alberta, which rattled homes and nerves Tuesday, was probably due to natural causes, says a geologist.

Danielle Smith has gone straight from the political altar to a divorce from common sense – and her out-of-the-gate antics suggest she could soon claim the title of Alberta's briefest premier, Don Martin writes in an exclusive column for CTVNews.ca.

Not to be a Debbie Downer but Canada will be without some iconic snacks for the foreseeable future after Little Debbie was forced to pull its sweet treats from store shelves across the country.