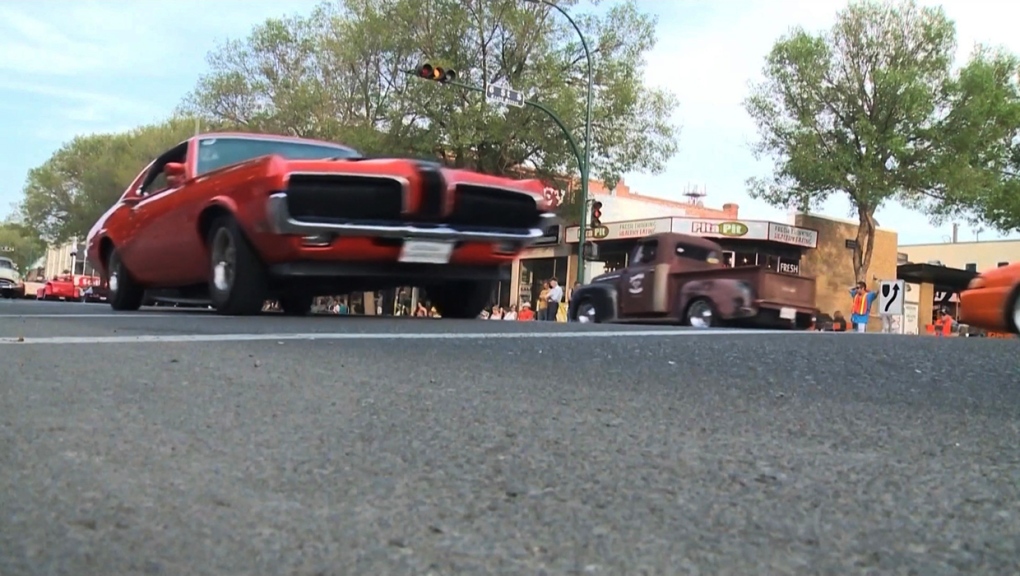 Now in its 44th year, organizers say the event has become a staple in southern Alberta, with many coming from outside of the city to take in the action.
LETHBRIDGE, Alta -

Engines will be revving and cars shined up for the return of Street Machine Weekend in Lethbridge, put on by the Street Wheelers Car Club.

“We’re feeling pretty good,” said Alex Dewar, the club’s president.  “I think we've done enough planning throughout the course of a year because it does take a full group effort with the club to get everything done.”

Now in its 44th year, organizers said  the event has become a staple in southern Alberta, with many coming from outside of the city to take in the action.

“We hope to max out around 600 cars roughly in (Galt Gardens on Sunday) that are actually participating in the show. I mean, overall for the weekend, tens of thousands of people tend to come in from all over and, you know, with the restrictions eased up a little bit we can have some of our U.S. friends come up,” Dewar said.

“All of these visitors are hopefully going to restaurants while they're here, they might be staying in a hotel, that incremental dollars into local businesses that then gets recycled into economic activity,” Lewington said. “So, any event that can happen in our city, any time that we can host people and more importantly attract people from outside the city in to bring their wallets, we think that's a good thing.”

Lewington said having a variety of events back to the city allows a wide range of people to visit.

“If the average family comes to the city and they get a hotel room, have a couple of meals, maybe go to a movie or spend some money in a store, that’s $200 or $300. So, if you get a couple of thousands people out to an event, that’s hundreds of thousands of dollars into local businesses that didn’t have before the event came to the city,” Lewington added.

The annual event will feature a drive-in screening of American Graffiti on Thursday evening at Exhibition Park. On Friday, cars hit the streets and spectators will line the sidewalks of Mayor Magrath Dr. South and Third Avenue South for the unsanctioned cruise. The club will be bringing its 100-foot dash at the Rocky Mountain Turf Club back and to close out the weekend, the well-known show and shine will take over Galt Gardens throughout Sunday. 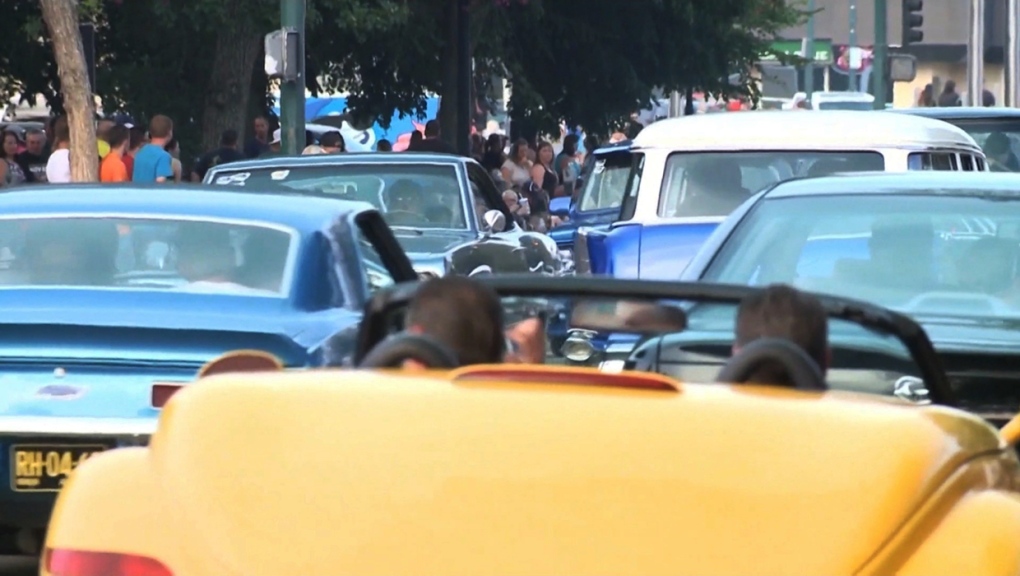 With a few thousand spectators and car enthusiast expected to visit Lethbridge over the four day event, Economic Development Lethbridge CEO Trevor Lewington says these types of events are a great opportunity to help boost the local economy.

“Southern Alberta is such a big car community and we want to try and promote safe and effective events, that's our main goal throughout the weekend and we want everyone to have fun and stay safe,” Dewar said.

The Lethbridge Police Service is also stepping up its enforcement action this week to ensure those taking part in the activities remain safe.

"The traffic is quite congested all weekend and we expect that,” said Acting Sgt. Brent Paxman with the traffic response unit. “A lot of people come from out of town, it's a big attraction to the city, which is a good thing. We're just asking that drivers obey the traffic laws, be courteous to each and the spectators and have a fun, safe weekend."

Officers will be getting assistance from Alberta Sheriffs throughout the weekend, with a focus on Friday’s cruise.

“What we're looking for this weekend is any type of major traffic violation, stunting, racing, stuff like that," Paxman said. "That we are going to be cracking down on - that's not something we will allow on our streets because they are open to the public and there is a lot of spectators around."

In 2021, 158 violation tickets were handed out over the course of the weekend.

Dewar said everyone is invited to come out this weekend and enjoy a Lethbridge-favourite event.

“Whether you have a car, SUV, or just want to watch the cars cruise, we encourage anyone and everyone to come out to all the activities happening throughout the weekend,” he said.

If you’re hoping to attend the festivities, Dewar said to check the club’s social media pages for up-to-date information.