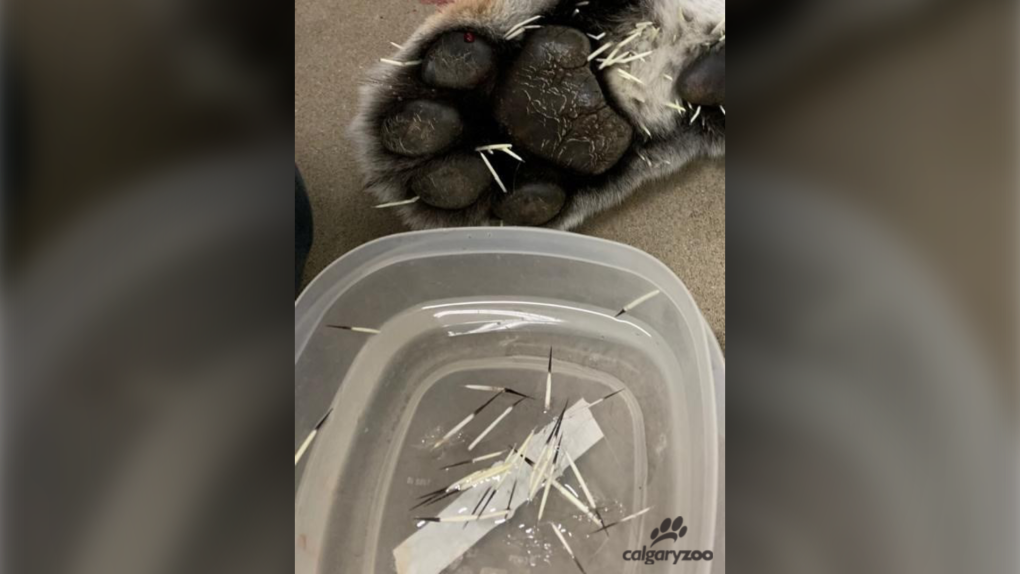 Sarma, a female Amur tiger at the Calgary Zoo, was left with more than 100 quills after an encounter with a wild porcupine that wandered into its enclosure. (Calgary Zoo)
CALGARY -

A porcupine found itself on the wrong side of the fences of the Calgary Zoo's tiger habitat but it was one of the large cats left licking its wounds following the encounter.

Calgary Zoo officials say Sarma, a female Amur tiger, had more than 100 quills in her paws after a wild porcupine utilized its defense mechanism to protect itself from the attack in the enclosure earlier this week.

The zoo's animal care, health and welfare team removed all of the quills from Sarma's paws and carefully inspected every inch of the tiger's body to ensure no quills were left behind.

Sarma is said to have recovered well from the procedure and is now walking gingerly as she continues to heal in her outdoor habitat.

There's been no word on how the porcupine gained access to the enclosure.