Canned goods, dry food and cash is stacking up at a fundraiser for the Veteran’s Association Food Bank one year after it's predecessor abruptly closed.

The event supports the new veteran-run organization which started up after Calgary Legion’s Veterans' Food Bank closed in September 2018.

"We have to make sure we answer the call," said Allan Hunter, who is a veteran and spokesperson for Veteran’s Association Food Bank. "This is veterans helping veterans."

The new approach gives comrades-in-need more than just food since it also partners with a veterans' support group.

He said his pay got cut off in April but received food, help with rent and the support of other comrades from the Veteran’s Association Food Bank.

In gratitude, he now volunteers with the organization. 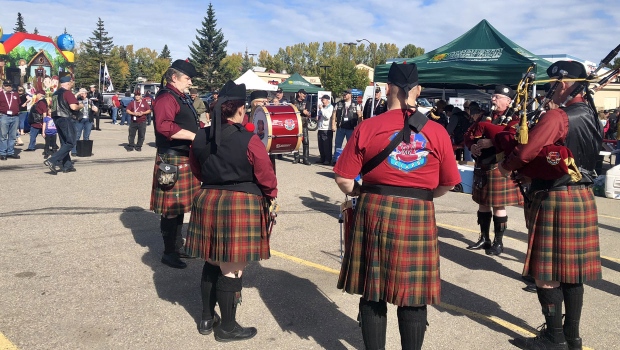 Saturday’s event outside the Dalhousie Canadian Tire aims to fill a transport truck full of food and bring awareness to the hurdles many veterans face.

In July 2018, Calgary Legion confirmed it was choosing a different approach to helping vets in need, saying it would be shutting the food bank down and laying off staff. It was originally expected to stay open until January 2019 but that schedule was accelerated.