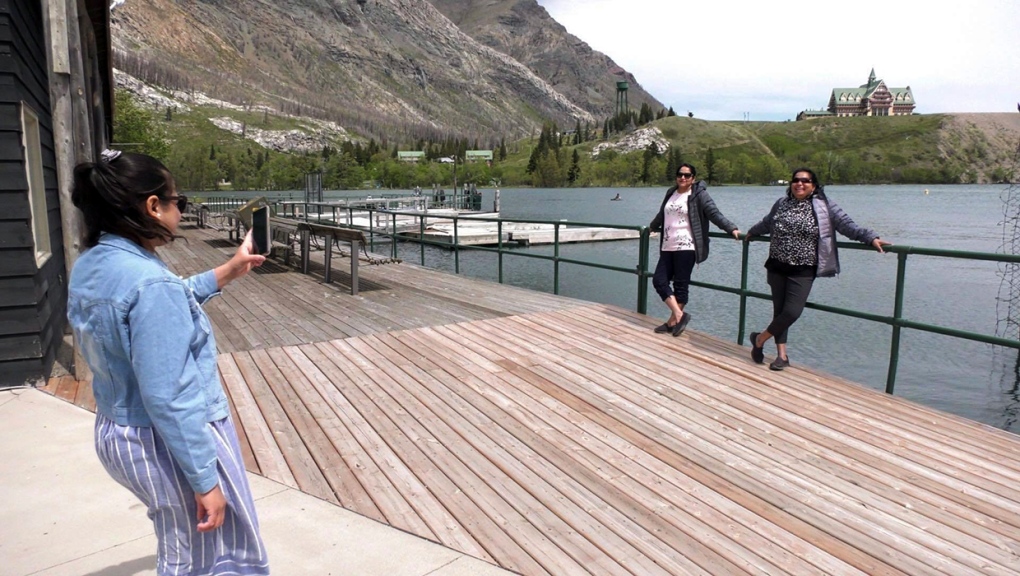 CALGARY -- Monday marked the reopening of several national parks across the county including one many southern Albertans flock to, Waterton Lakes National Park. For visitors, it was a day they had been longing for.

“It’s like there actually is a world out there,” said seven-year-old Skyler Van Dijk. “Almost everything is virtual because apparently you can’t go into the school. So then, when you go outside and see everyone outside, you’re like wow!”

After being cooped up for months, being able to gaze upon the picturesque mountains or feel the breeze off the lakes was enjoyable for all Van Dijk family members.

"We've been really looking forward to getting outdoors again. We've been touring around in the coulees in Lethbridge but's nice to get out in the mountains." said Skyler's mother Pennie Van Dijk

The park didn’t have any massive crowds, which might please Alberta Health members but it was able to attract a few people from significant distances.

"(It's) very nice to be here. After three months (cooped up at home), we are very excited to be here," said Edmonton resident Shaila Patel. "At home we just eat and sleep. And watch the TV.

"How long can we watch the TV?"

Parks Canada is monitoring the number of visitors it lets into the park. Meanwhile, local businesses are happy  to see a trickle of people flowing through the town.

"We're feeling as excited as possible. Of course we're a seasonal business,” said Crystal Cruikshank, the manger of Zum’s Eatery.  "We've been open for an hour and we're almost full with our 50 per cent capacity which is a pretty positive sign."

June 1 marked the first day Zum’s has been open since Thanksgiving. However not all establishments in the town are operating. Waterton Tourism’s Facebook page has a full list of what businesses are open and as well as when others will be opening in the future.