World's biggest chess set is back and growing the game

When Dr. Bill Taylor started planning the 'Giant Chess Set Project' in Medicine Hat nearly 20 years ago, he didn't know just how much of an impact the outdoor board would have on the community.

Fast forward to 2021, and the jumbo set is still entertaining people in the Hat and serving as a meeting place for many locals in its 16th season. 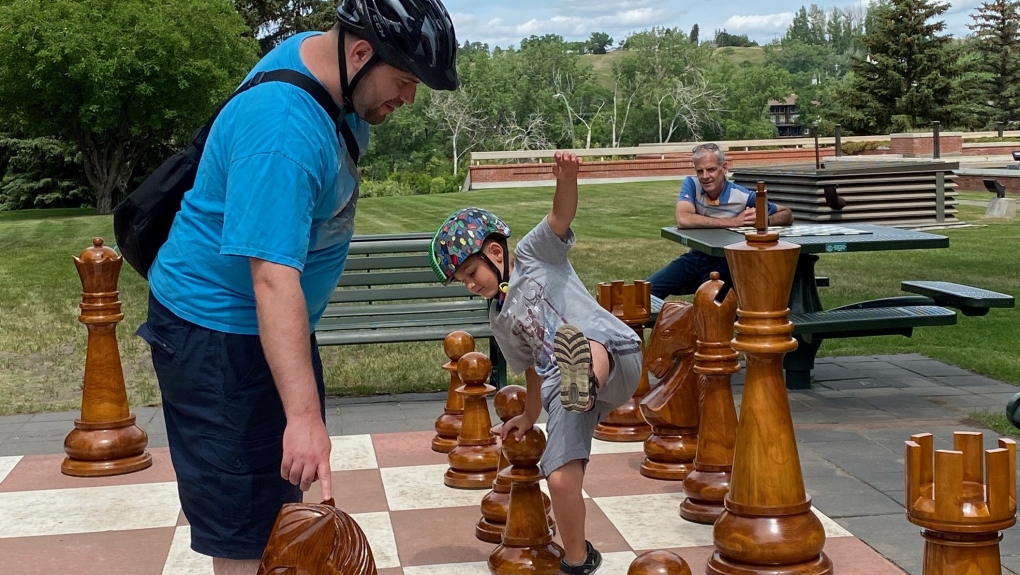 "It has promoted the game in our community. It will never be mainstream like baseball or hockey in our community or some of the other sports that are well-played, but it will always maintain some interest," said Taylor.

Taylor, a diehard chess enthusiast and the president of the Medicine Hat Chess Club, has been a strong advocate of growing the game in the city since the mid 1980's.

After a long planning process, he had finally completed the first set in 2005.

In 2019, the board was expanded to 19ft, 4in on each side to claim the title of world's biggest chess set in the Guinness Book of World Records. 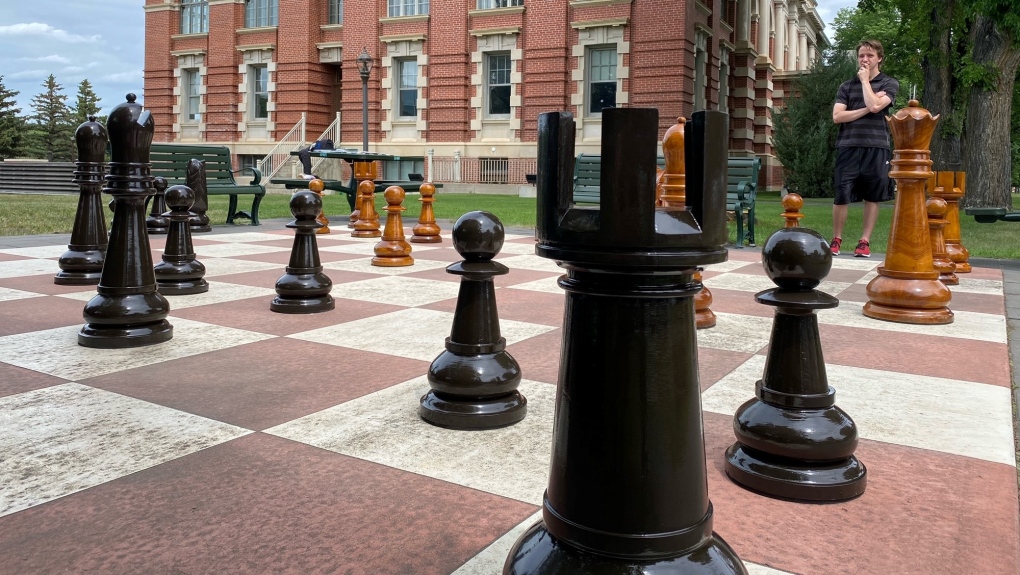 "It's hard to believe when you're holding something like that (world record certificate). You're hoping for it, but it's wonderful when it's in your hands," said Taylor.

Throughout the years, the giant chess set has seen a number of grandmasters grace the board and has even played host to fundraisers, dance competitions and an annual jazz events since 2007.

The set reopened to the public on Tuesday and is available to play for free between 10 am to 4 pm Tuesday to Saturday.

"When this chess set opens up, it's kind of a rite of passage that summer's arriving. It's just great to drive downtown and see people active and engaged and using this chess set, it's fantastic," said Medicine Hat City Counsellor Jamie McIntosh.

The set was made mostly by hand in Indonesia and each piece is made of solid teak wood weighing up to 55 pounds. In total, the set weighs more than 800 pounds.

The entire project cost roughly $50,000 to first get up and running, and a significant chunk of change is invested in the set each year for maintenance and repairs.

The project is funded through the generosity of numerous local sponsors and contributors.

The set is maintained by the CORE Association, a local non-profit organization that offers support and employment opportunities for individuals with disabilities.