Would you like a mask with that? PPE once again available at Alberta drive-thrus 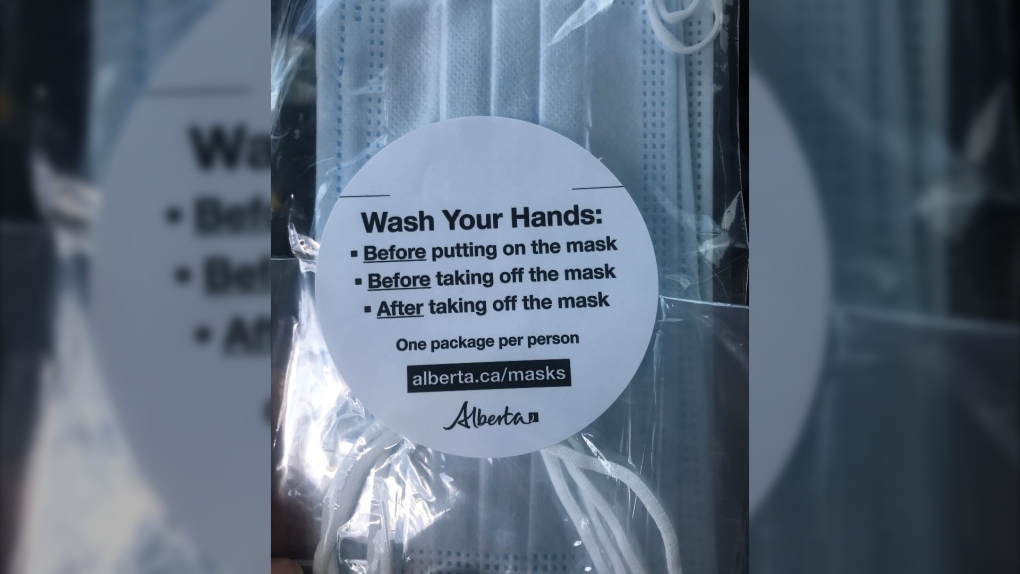 Following the success of the first part of it's mask distribution plan, the province is again handing out masks at drive-thrus. (File)

CALGARY -- Albertans looking for non-medical masks will be able to pick them up again at drive-thrus at a number of businesses throughout the province later this month.

Alberta's Minister of Health Tyler Shandro called the first phase of the project a "huge success."

"The response was an incredible show of community support. Thank you to all Albertans who are doing their part to keep each other safe as we move through stage two of relaunch," he said in a release Sunday.

The first phase of mask distribution saw 20 million masks given to Albertans in June.

In addition to the new supply at drive-thrus, the government says it is also providing more PPE to the following locations:

The first supply of non-medical masks began distribution on June 8. They were available, free of charge, at A&W, McDonald's and Tim Hortons locations throughout the province.

Officials say the masks are intended to be given out equally to all Albertans and it relied on the 'honour system' to ensure all residents had a fair chance at receiving one.

It cost the province approximately $15 million to acquire the supply of masks, but Shandro said during the initial announcement that Alberta could not come up with an "unlimited" amount of masks.

"I encourage all Albertans to source their own supply of non-medical masks from local retailers or to consider using a homemade mask when they're out in their community," he said. "This allotment of four masks should be considered a supplement to store-bought or homemade masks."

The City of Calgary also signed onto the plan when it announced it would be distributing a supply of masks through a variety of its partner agencies including the Calgary Police Service, Calgary Transit, and Calgary Housing, among others.

There is no exact number on how many masks will be distributed through those channels this time.

While debate about the effectiveness of masks has been raging ever since the COVID-19 pandemic was declared in Canada, the province has stood by the decision not to make them mandatory in public spaces.

"They are an option for situations where maintaining a distance of two metres is not possible," said a release.

Premier Jason Kenney has also said he would not sign off on any legislation that would require Albertans to wear masks.

He did, however, recommend people wear them to protect others from becoming infected.