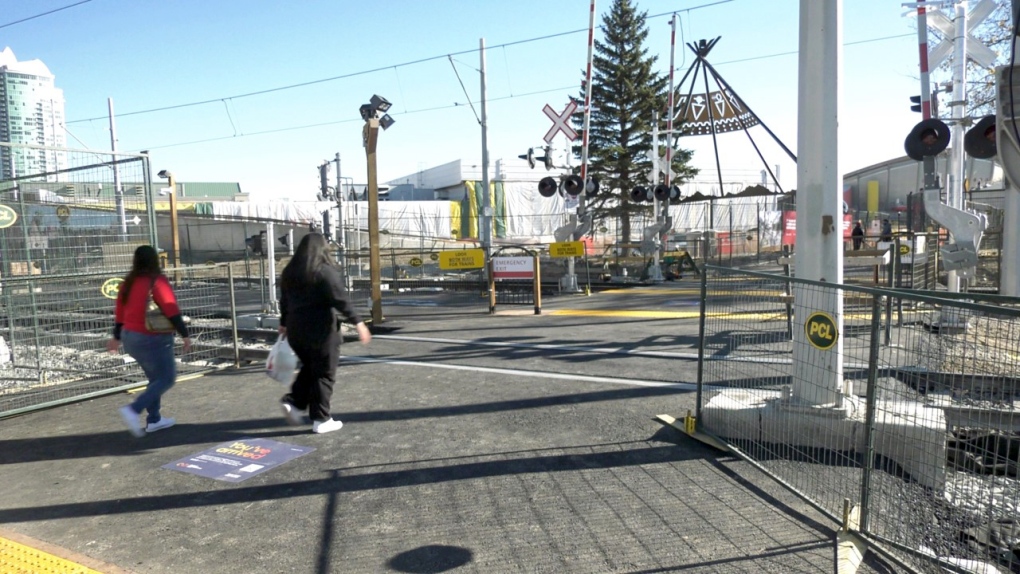 Two new at-grade crossings have been constructed to access the Victoria Park/Stampede LRT station at 14 Avenue and 17 Avenue S.E.
CALGARY -

Transit users of the Victoria Park/Stampede LRT station now have two new, barrier-free access points to get to the platform.

People wishing to get to the LRT station can access the platform by crossing Macleod Trail at 14 avenue or 17 Avenue S.E.

“This is a really big milestone for all Calgarians” said CMLC president and CEO Kate Thompson. “This is the first time in 40 years that Calgarians are allowed into Stampede Park from this (western) edge.”

No longer will pedestrians need to use the old spiral staircase at 15 Avenue S.E. and cross a bridge to get to Victoria Park/Stampede LRT or the Stampede grounds.

Opening the entrance to Stampede Park has always been part of the Rivers District master plan to allow ease of access to the grounds.

“The fundamental premise of that plan was getting people in the area and moving through the area,” said Thompson
“We have a huge part of the city that has been underutilized and this is the first step in allowing people easier access into the area.”

This is a multiphase project that has been ongoing for the past three months. In addition to the two new, at-grade crossings, Calgarians will continue to see the project unfold with the demolition of infrastructure starting Saturday followed by construction of a temporary station beginning in spring 2022.

“Calgarians will see this project evolve and then be delivered jointly with the BMO expansion project," said Thompson.