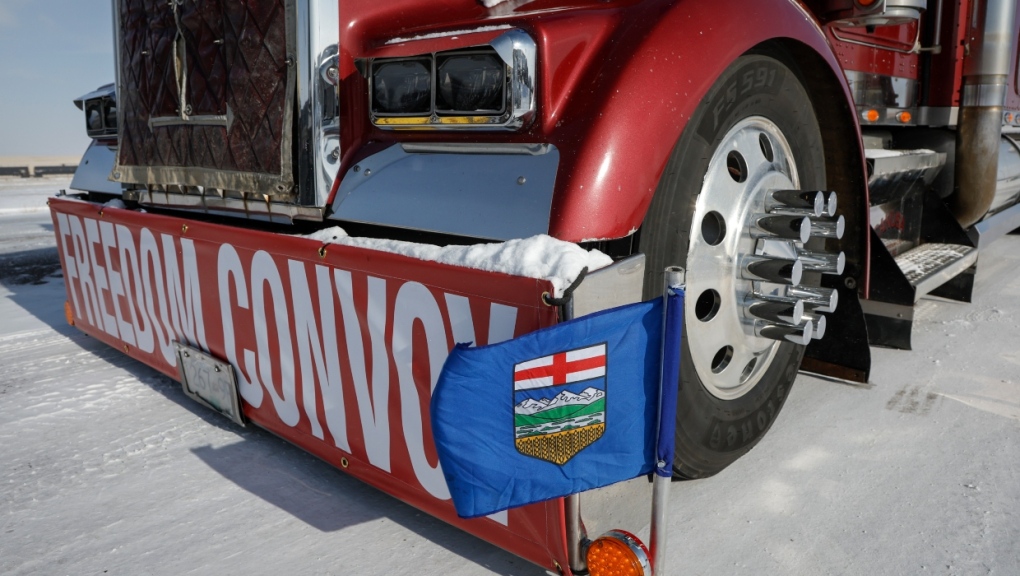 A truck convoy of demonstrators block the highway at the busy U.S. border crossing in Coutts, Alta. on Wednesday, Feb. 2, 2022. (THE CANADIAN PRESS/Jeff McIntosh)

Alberta RCMP have announced charges against three more people in connection to border blockade protests in Coutts in late January and early February.

Marco Van Huigenbos, 32, a town councillor in Fort Macleod, and Alex Van Herk, 53, both of Fort Macleod, Alta., are each charged with mischief over $5,000.

All three have been released from custody and are scheduled to appear in provincial court in Lethbridge on Oct. 4.

The most serious charges laid in the Coutts border protests were against four Alberta men: Christopher Lysak, 48, of Lethbridge; Anthony Olienick, 39, of Claresholm; Chris Carbert, 44, of Lethbridge; and Jerry Morin, 40, of Olds.

Newly unsealed court documents show that investigators believed that three of them, Olienick, Carbert and Morin, brought guns to the protest and were prepared to use them against officers.

Charges laid against two men, Luke Berkand Johnson Law, have since been withdrawn.