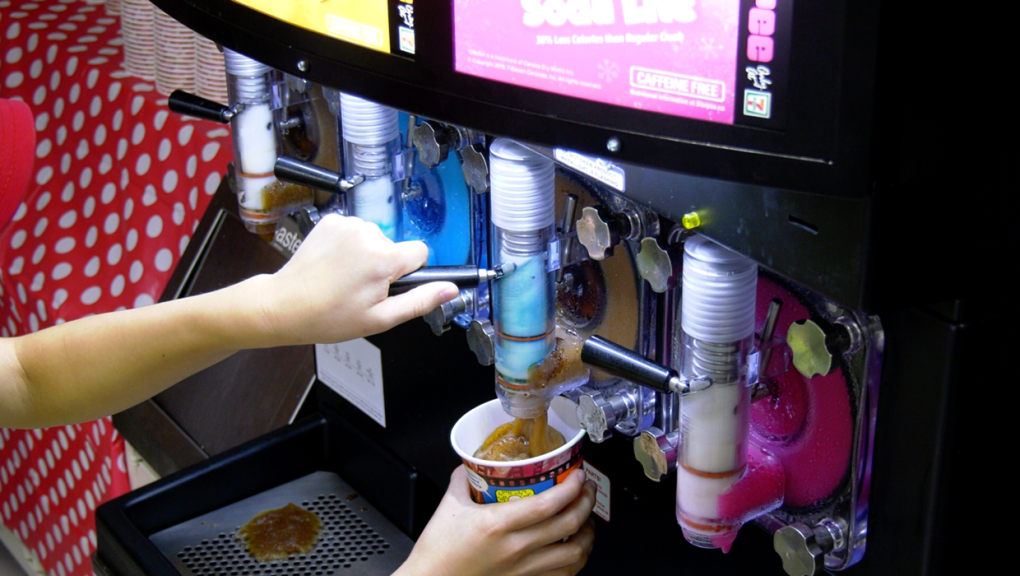 On Thursday, July 11th from 11am until midnight, 590 7-Eleven Canada locations from BC to Ontario will each be giving away 1500 Slurpee drinks

7-Eleven is giving away 885,000 free drinks from B.C. to Ontario on Thursday to celebrate its 50th birthday.

590 stores are participating in the initiative, which runs from 11 a.m. to midnight.

The 7-Eleven on the Stampede grounds is not participating in the event as officials say the Stampede is a special circumstance. "Stampede is a special operating environment and we focused on celebrating our birthday in our community stores," said a spokesperson for 7-Eleven in statement.

The first Slurpee poured in Calgary was in 1969.  Manitoba currently holds the title of Slurpee Capital of the World as residents drink more per capita than any other province in Canada.

The drinks will be served in a commemorative cup.