"Alberta is back in a big way," said Premier Jason Kenney during Monday's announcement, "but one of the biggest challenges to sustaining that amazing growth is having enough people to fill all of the jobs that are being created.

"As far as problems go, that's a pretty good one to have. Alberta's had the highest employment growth in Canada in 2022 with 68,000 more people working."

Alberta is set to unveil a recruiting campaign targeting workers from Toronto and Vancouver.

We don't know yet if it *actually* involves personal calls from the premier, but people from #Toronto/#Vancouver: would a campaign like this sway you? #ableg #onpoli #bcpoli https://t.co/AhJDbiopQ5

The splashy posters and billboards will include pitches such as "A Shorter Commute to a Bigger House" and "What Did the Albertan Say to the Torontonian? You're Hired."

The campaign, which mostly focuses on the affordability of living in Alberta compared to Toronto and Vancouver, will cost $2.6 million dollars.

"I think there's certainly value in being able to attract people to come over to Alberta, given the continued decrease in the unemployment rates," said Christina Schultz with About Staffing in Calgary.

"I think there's certainly tremendous value in being able to attract people to come in and support where vacancies are."

Mount Royal University marketing professor David Finch co-authored a report on youth migration from Alberta and why young people leave the province and move elsewhere. Finch said his research found that Albertans now living in places such as Toronto and Vancouver left in part due to the narrative of oil and gas in this province being too over represented.

"Economics and affordability-related factors are important, but they certainly aren't the deciding factor," Finch said, adding that people will come and go due to landscapes, lifestyle and the availability of social programs. 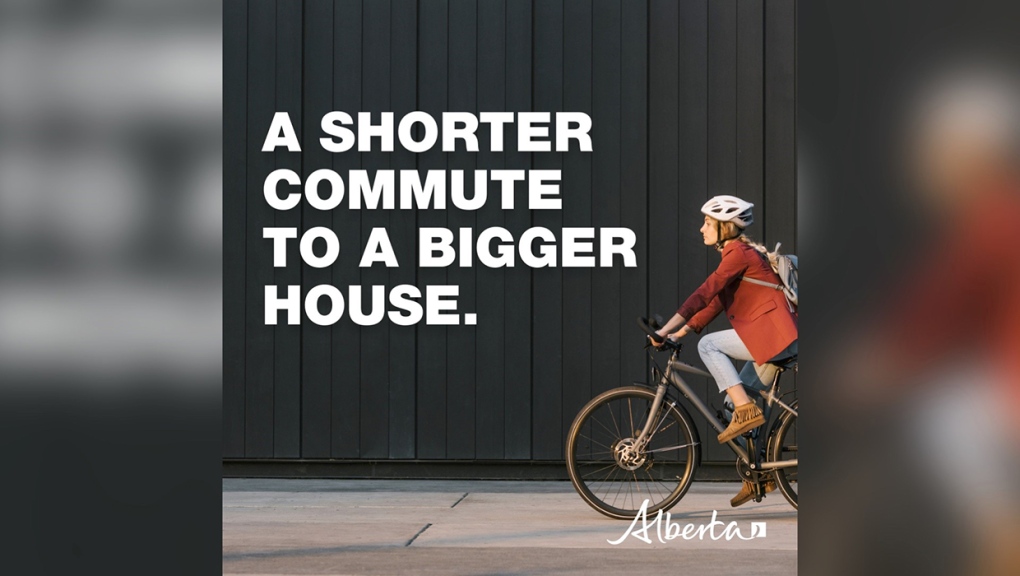 Finch believes Alberta's new campaign needs to be just a small part of a rebranding of the province's image.

"The challenge with communications you buy -- any form of advertising for any brand -- is it builds awareness, it doesn't build trust," Finch said

The opposition NDP said trying to attract workers to Alberta is a good idea, but pointed the finger at the government for why there's a need to do so.

"One of the reasons we have so many issues with availability of healthcare workers, high-tech workers, people who want to make investments in renewables or digital media is because this government actively chased them away for the first three years of their mandate," said Shannon Phillips, the NDP's finance critic.

The province says a second, "high impact" phase will start in the middle of next month.