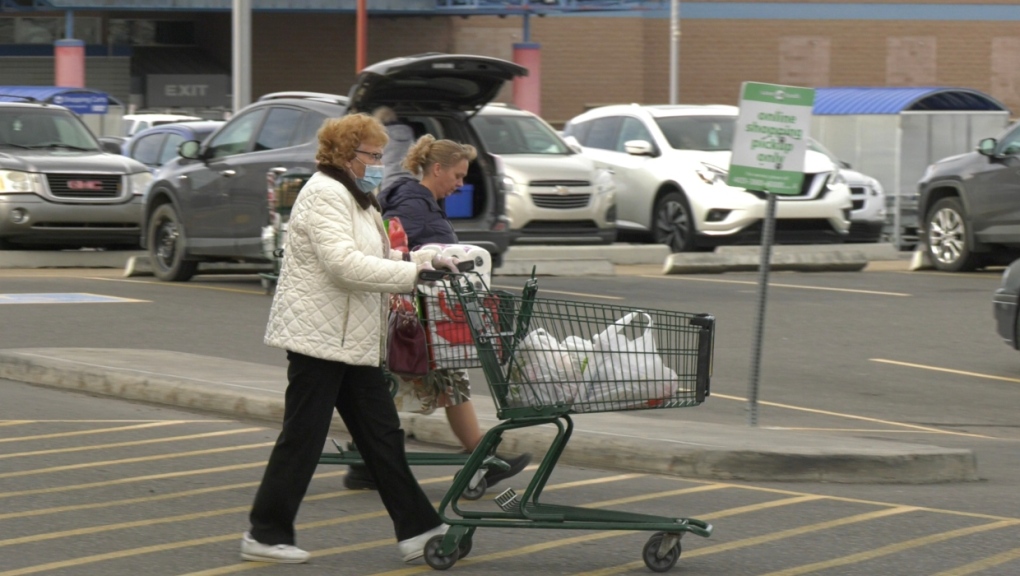 Shoppers walk through the parking lot of a Save on Foods location in Lethbridge.
News -

Shoppers hitting grocery stores in Lethbridge are having a hard time finding everything on their lists.

"Save-On-Foods is the second store I've gone to just to look for peppers, and they don't have any," said one Lethbridge shopper.

"For the fresh stuff, it's slim pickings, and the stuff they have, there's nothing there really. You can see what's coming out of B.C. because the shelves are empty for that stuff," said another.

Lettuce, peppers, certain herbs and other produce are becoming tougher to find because many roads from the west are still closed, limiting what can be brought here.

With more rain expected in the coming weeks, those supply issues may be just getting started, and some restaurant owners are bracing for a challenging week.

"We're going to see some things unavailable, out of stock for a while and then it's going to be slow getting the volumes built back up," said Angel Harper, co-owner of Lethbridge's Mocha Cabana restaurant.

Harper added that it could be a lot worse, but luckily for her and for many producers, she gets the majority of her food locally which is paying off big time right now.

"When you support your local economy, you're keeping your dollars in your economy, and hopefully you're not going to have those supply chain issues," she said.

This isn't the first time western Canadian businesses have had to deal with supply troubles, after hurricane Irma swept through Florida in 2017, tomatoes were suddenly hard to find.

The current issues are much more broad, but Harper says it's important for all business owners and shoppers to keep a level head and realize that supply chain struggles shouldn't be top of mind when thinking about the recent devastation out west

"Even Subway had no tomatoes back in 2017. Sometimes you just have to go without a few things and people are going to have to be understanding of that," said Harper.

For anyone in Lethbridge or the surrounding area looking to get ahead of the game and scoop up some fresh produce before it temporarily disappears, it may be a bit too late depending on what you're after.

"I saw it coming. I even told my wife, maybe we should stock up. So, that's what we've been trying to do, but it hit pretty fast actually. Faster than we expected," said one Lethbridge shopper who has spent a good portion of Monday on the hunt for bell peppers.

"That said, please don't be the person that hoards and buys everything. Leave some for everybody!"