Unvaccinated travellers will soon be able to once again catch a flight in Canada or to leave the country.

Seven months after they were brought in, the federal government is lifting mandatory COVID-19 vaccine mandates for domestic and out-bound international flights starting Monday, June 20th. The changes apply to those travelling by plane or train but what hasn’t changed are the rules for incoming international travellers.

Todd Handcock who was flying to Vancouver from the Calgary International Airport Tuesday said he thinks the changes are long overdue.

“You know what, I’m fully vaccinated so I’m comfortable with it. We need to get the industry back travelling again.”

Others are worried about the changes, including Leslie Crook who is immunocompromised and has a brother battling leukemia.

“It’s important, for me especially. I’m having surgery and I have an autoimmune disease so it’s a double whammy for me if I get it," Crook said.

The federal government has been facing fierce criticism over COVID travel rules, flight delays and chaos at airports across the country. 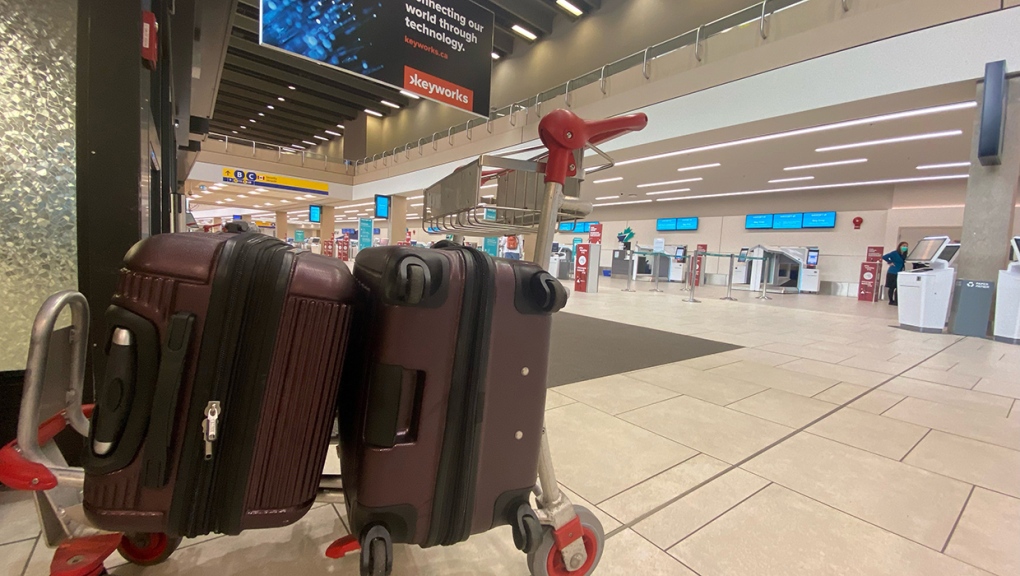 Calgary-based WestJet among the airlines that have been calling for the government to remove travel restrictions and vaccine mandates and the company’s CEO says the move is important.

"Today’s news is a welcome step in our efforts to improve the travel experience,” said Carmelle Hunka with the Calgary Airport Authority. “We are pleased that government is responding to our concerns as this announcement follows months of advocacy from airports and industry partners. Removing these barriers gets us all closer to streamlining the journey for guests ahead of the busy summer travel season."

Calgary-based WestJet was among the airlines that have been calling for the government to remove travel restrictions and vaccine mandates and the company’s CEO said the move is an important step in the industry's ability to recover from the pandemic.

“Canadians should be empowered to make decisions that are best for them and we will continue to advocate for the removal of all remaining outdated measures on behalf of our guests and our people,” said Alexis von Hoensbroech. “To provide predictability and confidence to travellers and transportation employees, we believe the changes announced today should be permanent.”

Those in the hard-hit tourism industry agree and want to see Ottawa lift all COVID-related restrictions, including for international travellers, to help entice people back to Canada.

“I would have preferred this was done months and months ago that we were in line with some of our international competitors but we are where we are," said Darren Reed with the Tourism Industry Association of Alberta. "Every little bit helps it sends the right direction to the market for people still undecided with what to do for the summer."

The government also announced the vaccine mandate for federal workers will be lifted on Monday, including airline employees and public servants like the RCMP.

The government warned the mandates could be brought back at any time if new variants arise.

Travellers are still required to mask and use the ArriveCan app to board planes, trains and cruise ships in Canada.

The original headline of this story incorrectly stated vaccine mandates had ended for inbound flights.