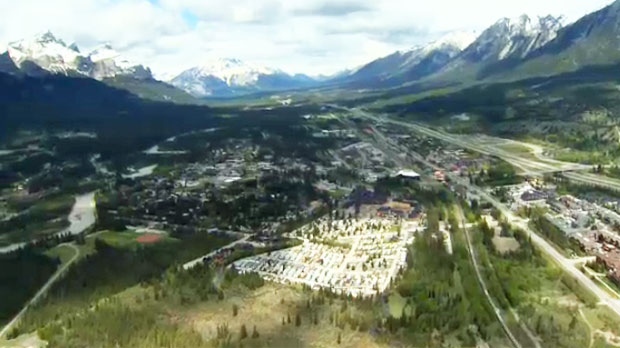 A woman is in stable condition after being attacked by a bear near Canmore on Wednesday evening.

Canmore EMS was called to the Lowline Trail in Canmore at 7:30 Wednesday evening to assist a woman in her 20’s who had been attacked by a bear.

The woman and a friend were cycling in the area when they came across what they believed to be a grizzly bear. As the pair tried to ride away, the bear struck the victim, who sustained an injury to her upper torso resulting in an internal injury.

Her friend was able to deploy bear spray and the bear ran away. The cyclists rode for a distance to where they could call for help.

The victim is in Canmore General Hospital in stable, non life-threatening condition. STARS Air Ambulance was initially put on standby but was eventually cancelled by EMS.

“She was talking to us and communicating with us en route to hospital, it’s obviously a good sign, so, serious injury but something they were able to continue to ride once that initial incident or contact occurred,” said Adam Loria, EMS

This is the second bear attack this week, with a woman being attacked west of Calgary on Tuesday,