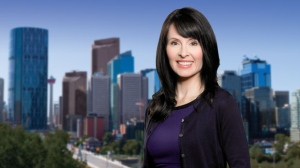 Reporter/producer Cynthia Roebuck has been with the CTV Calgary team since 2000 after working at all four Saskatchewan CTV stations.

She has had many roles including anchor, reporter, morning show host, show producer and web producer.

Calgary-based Cynthia has a Bachelor of Political Science degree from Simon Fraser University and a journalism diploma from BCIT. She also has a certificate from the International Association for Public Participation.

She served in the Canadian Army reserves for several years and comes from a military family.