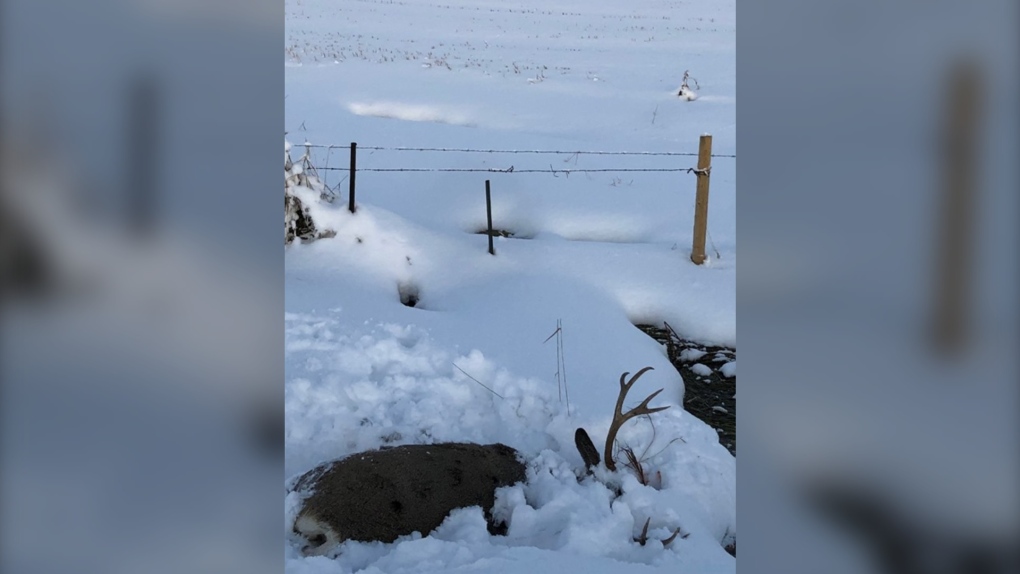 A mule deer carcass in the ditch along RR 30-0, east of Pincher Creek (Alberta Fish and Wildlife)

CALGARY ­– Pincher Creek fish and wildlife officers are asking for tips from the public after a mule deer was found dead just outside town after being shot with a rifle outside hunting season.

According to Alberta Fish and Wildlife Enforcement, the antlered mule deer was found in the ditch off of Range Road 30-0, approximately one mile east of Pincher Creek. The shooting is believed to have occurred sometime prior to 6 p.m. Wednesday, October 11 and evidence at the scene suggests there had been no attempt to retrieve the animal.

The general hunting season for antlered mule deer in the area is scheduled to open Wednesday, November 6.