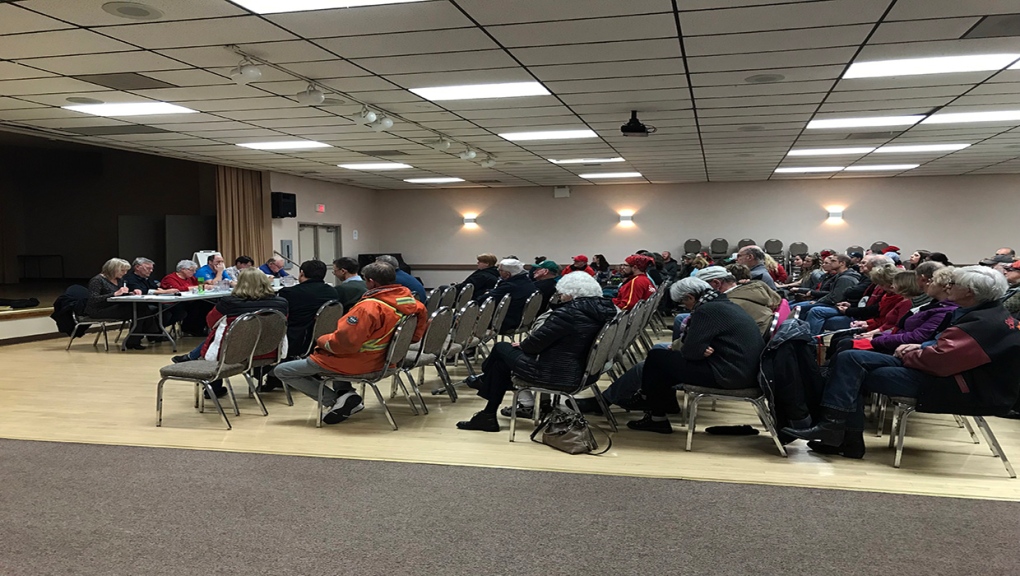 All five members of the village council voted to oppose the land-use bylaw that would have allowed the incinerator to be built.

The verdict was greeted with uproarious applause from close to 100 people in attendance.

The plant would have been built on a parcel of land owned by G-M Pearson. It would have created 22 full time jobs, with workers tasked with destroying 8,000 tonnes of biomedical waste every year, including human organs.

The proposed project would have also provided tax revenue for the community, which is about $160,000 in debt.

Despite the economic opportunity, many town members opposed the project, complaining there was a lack of consultation with the community residents. There were concerns about emissions coming from the plant, and the impact they would have on farms, cattle and its water supply.

Wise described the proposal as poor.

Joe Kress, the owner of G-M Pearson said he was a little disappointed by the vote, but he described the rejection as "just a bump in the road."

Kress said he still wants to see a medical waste facility built by his company, even if it's not in Beiseker.

"It's done here. No incinerator is going up on that land," Kress said.

"We're not giving up. Incineration for medical waste disposal is essential, so it has to go somewhere. Alberta needs an incinerator," he added.

Community residents said health concerns were their biggest issue with the project.

"It was the conviction and the knowledge that this was not safe, it was toxic and it was lethal for our children," said Rockyview County resident Jane Sengerlang.

She added the council vote was a triumph for the community.

"Democracy has prevailed," she said. "That's what we were wanting."

In conversations with the province, Mayor Wise suggested they wanted to see all regulations met if the project were to proceed.

"Alberta Health and Alberta Environment had no real issues with this operation," he said.

G-M Pearson wouldn't speculate on what they will do next with the land, but suggested selling it could be one possiblity.