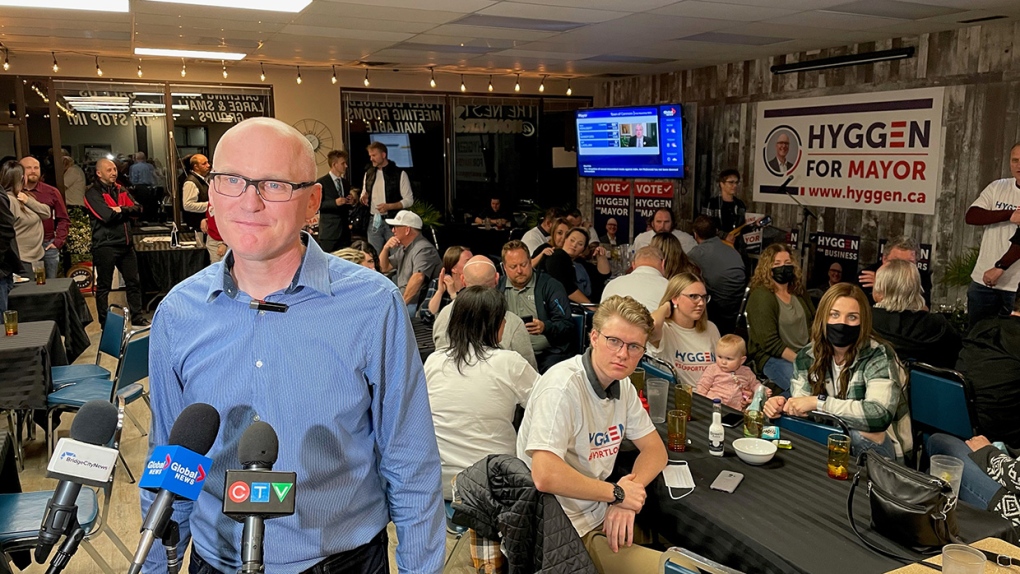 He takes over from outgoing mayor Chris Spearman, who stepped down after two terms in office.

"I’m at a loss for words," Hyggen said in an interview with CTV News Monday night. "There’s a lot going through my head. We started off the night where I was behind by just 11 votes in this election and it happened to kick in a few more polls and it came up from there and I’m extremely excited.

"It made for an exciting evening, that’s for sure.”

He said his first priority will be to reach out to other members of Lethbridge council.

“I’m definitely going to connect with my fellow councillors and let’s just find out exactly what their thoughts are," he said. "We do have four new and four incumbents so it’s important to find out what they’re thinking for the next four years and definitely get together and collaborate.”

He also congratulated Mearns, a former two-term councillor, for a competitive effort.

“I had the opportunity of working with Bridget for over three and a half years and Bridget is a contender, I’ll tell you what. We had a great campaign, together. She was very strong and she needs to be recognized for that because I’ve got nothing but respect for Bridget.”