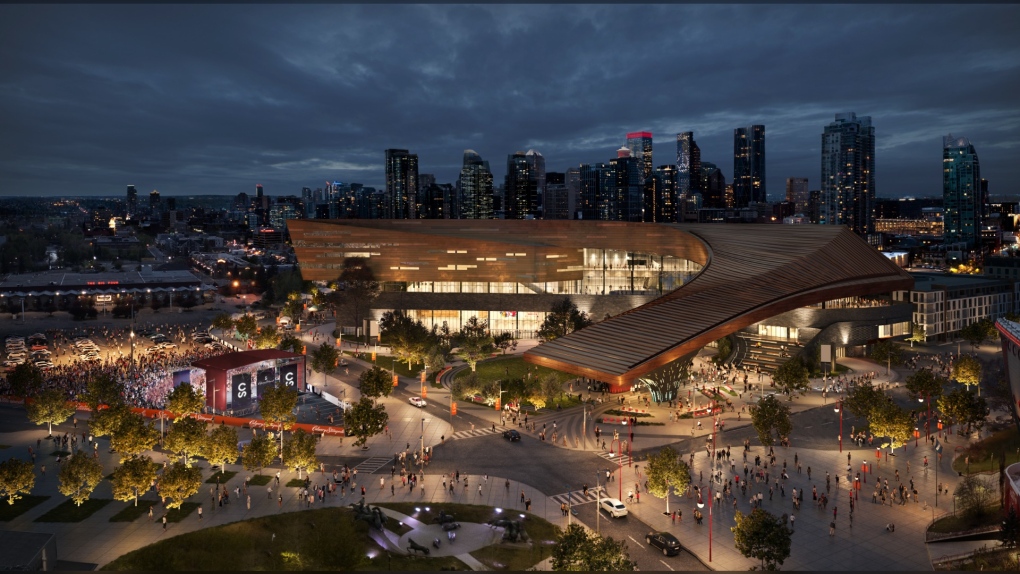 A massive construction project in Stampede Park is beginning to take shape and visitors to this year's edition of The Greatest Outdoor Show on Earth will witness its progress.

The $500-million BMO Centre expansion is slated to open in June 2024 and Calgary Municipal Land Corporation (CMLC) officials say it's on schedule and on budget.

"We’re thrilled to see this big, important new landmark take shape," said Kate Thompson, CMLC president and CEO, in a statement. "This is an extremely complex project, and we’ve worked tirelessly alongside our partners at the Calgary Stampede to deliver a world-class facility that’s right for Calgary, while carefully balancing the coordination of hundreds of events that take place on Stampede Park every year, and in close proximity to other major construction projects, like the 17 Ave SE extension and Victoria Park/Stampede (LRT) station rebuild.

"It is no doubt one of the one of the most active and robust construction areas in Calgary right now."

"The sheer scale of the building and its dramatic addition will be clear to guests the minute they set foot onto Stampede Park," said Cowley in a release. "The expanded BMO Centre will showcase both the bright future of the Stampede as well as the welcoming western hospitality that sets the Stampede apart from other convention venues."

Once complete, the expanded BMO Centre will be one of the largest convention centres in Western Canada, offering more than 1 million square footage of space, as well as Stampede Park's tallest permanent building.

The Calgary Stampede says it has already begun receiving booking inquires despite the fact the doors are not expected to open for two more years.

Construction on the BMO Centre as well as the neighbouring LRT station rebuild and 17 Ave extension will be halted for the duration of this year's Stampede.