Business taxes much higher than residential rates in Calgary and Edmonton, report says 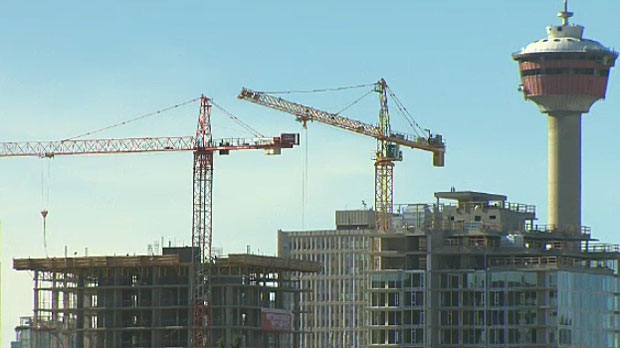 A report, released this week by the Fraser Institute, says business taxes in Calgary and Edmonton are three and two-and-a-half times higher than residential rates in the respective cities.

CALGARY – New information from a study looking at municipal and provincial tax rates has revealed a huge difference between residential and commercial rates, particularly when it comes to Calgary and Edmonton.

The Fraser Institute, an independent group that studies Canadian public policy, released a report this week that found business tax rates in the City of Calgary were three times that of residential properties while the same rates in the City of Edmonton are two-and-a-half times higher than that homeowners are saddled with.

Members of the group say these figures have a negative impact on the economies of both cities.

"When punitive commercial property taxes force businesses to leave or close, the make-up of our communities and cities can change profoundly," said Josef Filipowicz, a senior policy analyst with the institute.

According to the report, Edmonton's business tax rate was 2.5 times higher than the residential tax rate while the rate for Strathcona (1.8 to 1) and St. Albert (1.4 to 1) were both much lower.

Filipowicz says there is little rationale for the higher tax rates.

"Property taxes should reflect the level of services used by ratepayers, so local and provincial governments need to demonstrate how businesses in Calgary and Edmonton consume two to three times the local services that residents do."

A number of businesses in Calgary's Kensington have come forward many times about the very high business tax burden they've had to shoulder.

Most recently, a number of businesses, including some Starbucks locations, have decided to shut down.

Officials with Kensington's Business Revitalization Zone say the closures have been attributed to a number of reasons including changes in shopping habits, a downturn in the local economy and high business taxes.