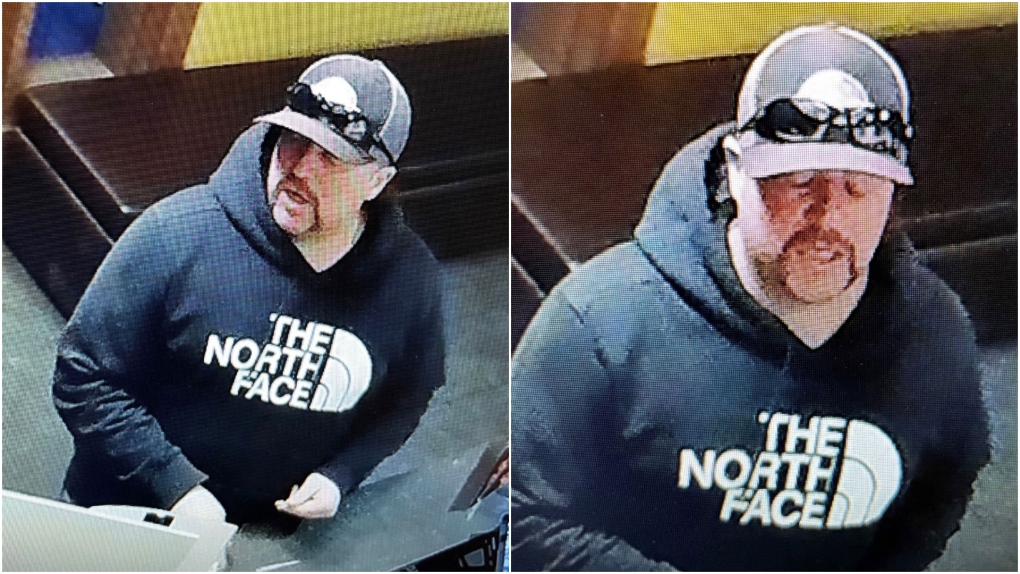 Cochrane RCMP released surveillance images of a man accused of punching a restaurant worker on Feb. 12 after being asked to wear a face mask. (Supplied)

A Calgary man has been charged after punching a worker in the face at a Cochrane restaurant when asked to wear a mask.

The incident took place on the evening of Feb. 12 at the Mr. Mikes Steakhouse and the male victim suffered minor injuries.

RCMP released surveillance images of the assault suspect on the weekend and, according to Mounties, he surrendered to police after seeing the photos.

Tyler Lee Weber, 40, was released from custody after being charged with assault and mischief and is scheduled to appear in Cochrane provincial court on March 22.

According to RCMP officials, the delay in naming Weber as the accused was due to the fact his charges had yet to be sworn before the courts.