Calgarians suffering from allergies can expect their symptoms to act up a little bit more than usual as an extra blast of pollen wafts its way into the city.

“They’re bad, I’ve never had allergies but now I have a lot of sneezing, runny nose, and even some coughing,” she said.

“I don’t know if the trees have more of that fluff on them or what.”

According to Aerobiology Research Laboratories (ARL) , a company that monitors the air in Calgary,  the region is seeing more pollen by about 200 grains more per cubic metre compared to the same time last year.

“Overall total pollen for Calgary has been higher this year and it's just shifted about two to three weeks later in the year.” said Daniel Coates, the company’s director of business development.

“So you folks are actually having a pretty bad pollen season right now and your major culprit at this moment in time is pine. That's that yellow stuff that everybody's seeing on their cars and on the patio, furniture. Ironically, it's the only pollen type that can be seen to the naked eye.” 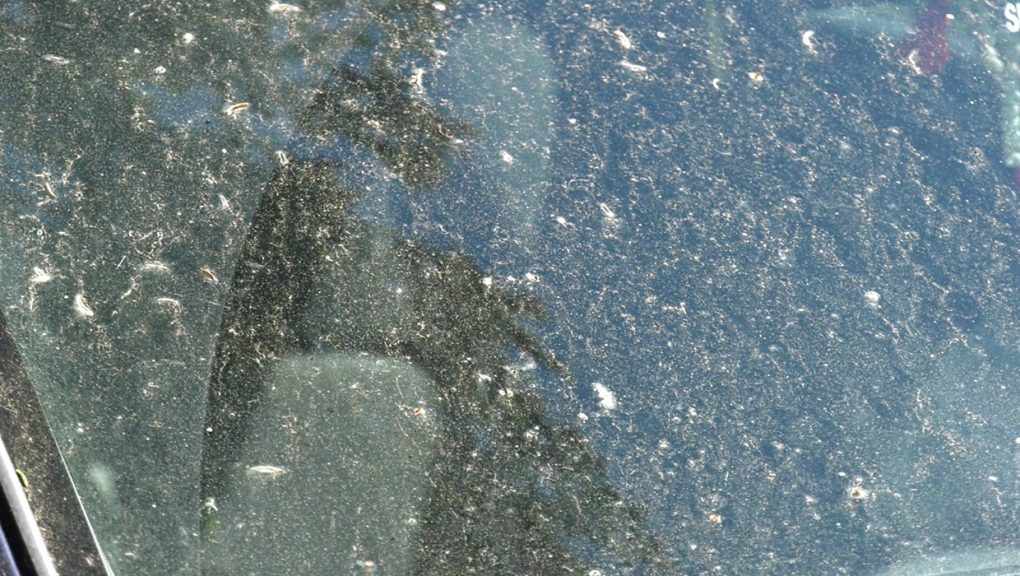 ARL has been manufacturing and using air samplers that collect pollen and spore samples from across Canada since 1992.

ARL has been manufacturing and using air samplers that collect pollen and spore samples from across Canada since 1992.

Coates added that Calgary still isn’t one of the highest producing pollen cities in Canada and ranks 22nd out of 30 cities monitored, but a trend of increasing pollen has been seen over the course of the last two decades.

“With global warming, we are seeing warmer temperatures over a longer period of time this summer and that is naturally going to lead to more pollen being released into the air,” he said.

“Other variables that need to be considered in cities include the planting of male trees, they’re messier than female trees that have flowers or fruits and release more pollen.”

The extra dusting of pollen has now led to an extra surge of calls to local pharmacies as allergy sufferers look for relief.

He noted that some of the symptoms for allergies can be quite similar to COVID-19, but there are some key differences.

“Usually COVID is going to have your body ache, you’ll get a fever or your sore throat which is quite normal with Omicron versus your allergy symptoms which are more like itchy nose, runny nose, itchy eyes, runny eyes, sneezing and a bit of congestion,” said Giroux.

“So some good options are antihistamines, none of them are really superior so it’s kind of just a bit of preference and trial and error, there’s some good cortisone nasal sprays as well if you have a lot of congestion as well.”

Some tips from experts like Coates and Giroux to help prevent allergies from acting up include keeping windows closed when indoors, changing your clothes after a long day outside, and wearing wraparound sunglasses to keep pollen out of your eyes.