The family of a Calgary teen battling a rare form of cancer has launched a stem cell donor drive in an attempt to find a life-saving match.

A competitive swimmer, Julian Ho, 15, had his life turned upside down in February 2020 after a training session.

Unusually tire after swim practices, Julian's parents took him to see their family doctor, and blood tests were ordered.

The next day he was taken to Alberta Children's Hospital, where doctors diagnosed him with acute myeloid leukemia (AML).

He was kept in hospital and underwent five rounds of chemotherapy, where he experienced fungal infections and other complications.

In August 2020 he was allowed to return home, then a monthly bone marrow exam in November 2020 showed the cancer had returned.

Julian would need a stem cell donor, but the pandemic made that difficult. His mother -- who was above the usual age of between 17 and 35 for donors – was healthy and turned out to be a half match for Julian, so a transplant was done in February.

Four weeks later, his body had adapted to the stem cells and he was released home to recover in March, where he was able to finish Grade 9.

Then in mid-July, the cancer returned once again, meaning Julian is in need of another stem cell transplant.

So far, no suitable donor has been found, so his parents launched the donor drive.

Because he has Chinese ancestry, doctors say his best hope is to find someone with similar Asian heritage. Only 3.9 per cent of those registered in the Canadian Blood Services’ Stem Cell Registry are of Chinese descent, making it hard for patients like Julian to find a match. 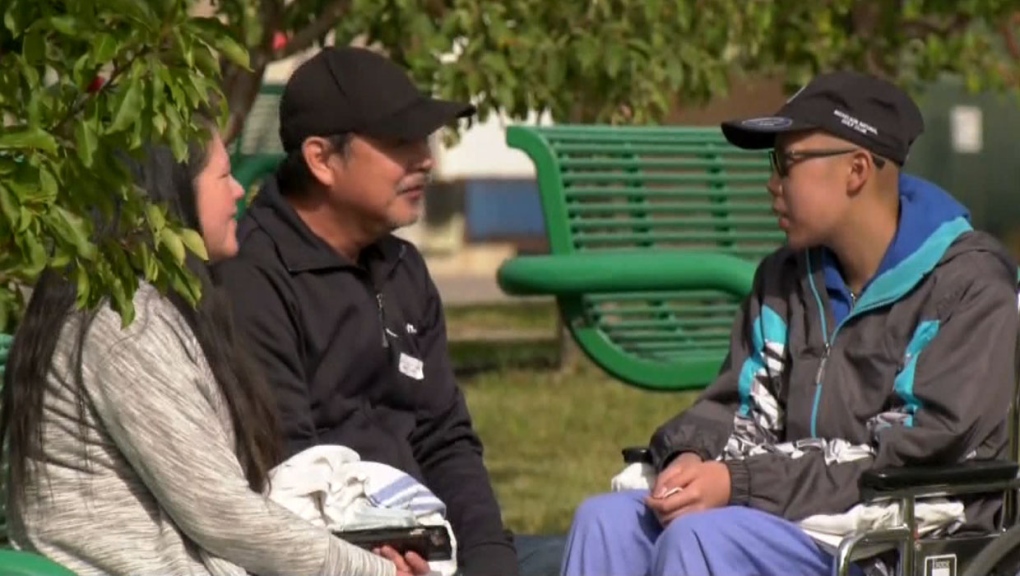 The family's stem cell drive is searching for potential donors between the ages of 17 and 35 to register and receive a swab kit from Canadian Blood Services.

If you are between the ages of 17 and 35 and are of Asian descent, you could be the life saving match and hope that Julian desperately needs! Register as a potential donor here.