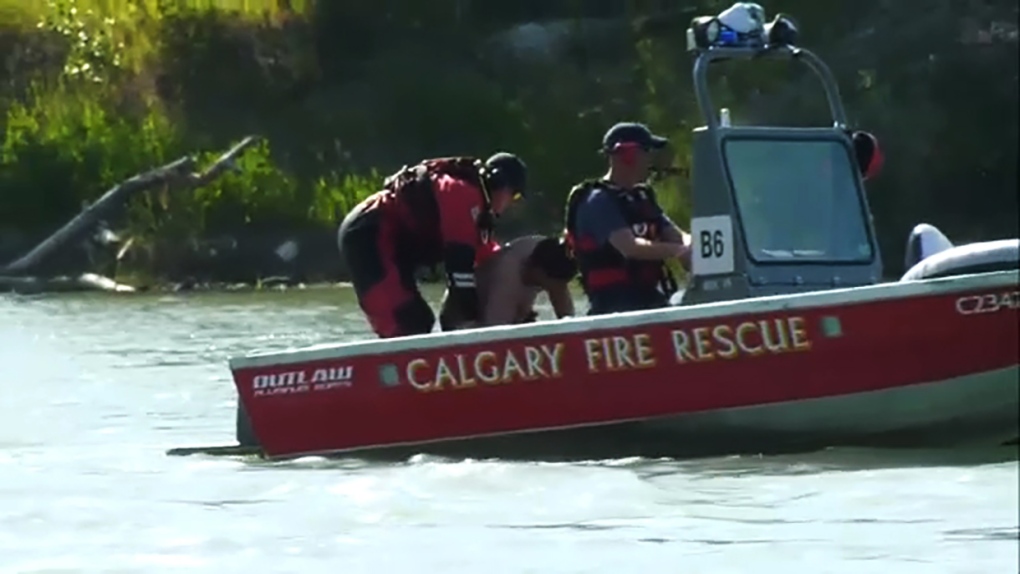 With Calgarians flocking to the Bow River amid record-setting heat, Calgary fire crews made a dramatic double rescue from the water Monday.

They responded to a call around 5 p.m. at the Harvie Passage area, after receiving reports of an unconscious man who was spotted struggling in the water before being dragged to shore by bystanders.

The patient's care was then passed to EMS, which transported the man to hospital.

As the patient was being loaded into the ambulance, aquatics crews witnessed a boy riding in a pool floaty who wasn't wearing a lifejacket capsize in the river near Harvie Passage, then being dragged downstream by the strong current.

The aquatics crew was able to position their boat downstream in order to intercept the boy as he was dragged down the river by the current and bring him to shore safely.

Before going in the water, the fire department advises Calgarians to check out Calgary.ca/watersafety to ensure you have the equipment, information and skill level for the location you're planning to visit.

What appears to be human remains and items belonging to Brian Laundrie, including a backpack, have been found in a nature reserve in North Port, Florida, according to FBI Special Agent in Charge Michael McPherson.

A report exploring far-right extremism in Ukraine’s military found that neo-Nazis and supporters of far-right groups in the ranks bragged about receiving training from Canada and other NATO nations.