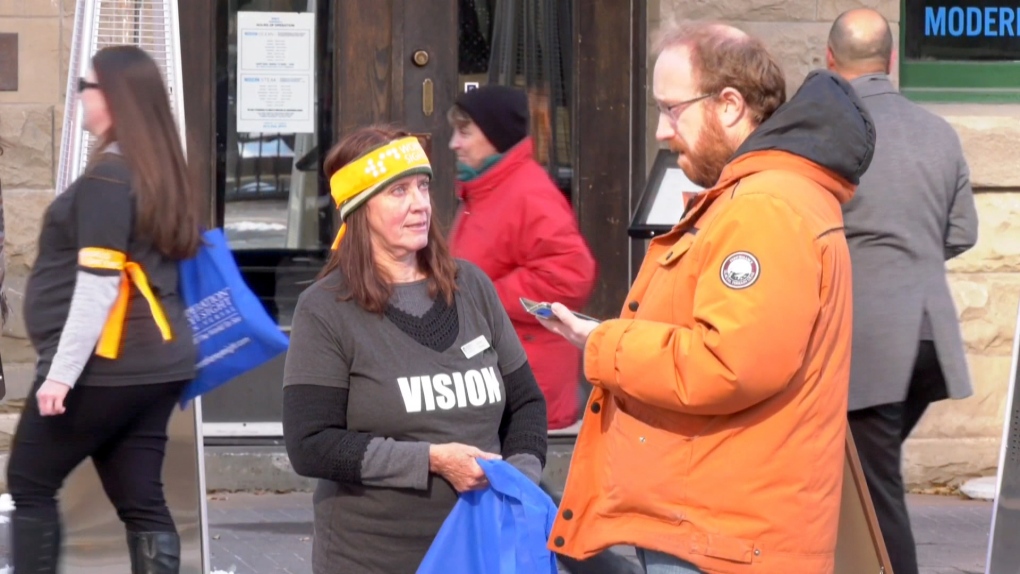 CALGARY — A small but enthusiastic group of professionals and volunteers is looking to raise awareness of the global challenges oriented around vision impairment.

Their message included staggering statistics, namely that 2.2 billion people in the world have vision impairment or blindness, which contributes to almost $300 billion of lost economic productivity.

The group says 1 billion from that group suffer from blindness that is preventable or treatable, of which 900 million reside in the developing world.

One of the main issues in developing nations is a lack of healthcare and infrastructure to effectively address eye health.

“We all have a role to play in making eye health a priority, both here in Canada and for those around the world who are struggling needlessly with vision impairment,” said Bandali.

Founded in Calgary in 1963, Operation Eyesight is an international development organization that invests in sustainable treatment for eye health in developing countries.  The organization currently has programs in India, Nepal, Ethiopia, Ghana, Kenya, Liberia and Zambia.