CALGARY -- A Calgary senior says he was in bed asleep shortly after 7 a.m. last Friday morning when his landlord punched a hole in the door and began assaulting him.

Zibi Piesiac is 69 years old and recently retired. He worked as a stone mason and sometimes figure skating coach after moving to Canada from his native Poland in 1987.

Times have been tough on a limited income, and he says for the past four years he has been renting the single room in an unfinished basement for $500 a month. 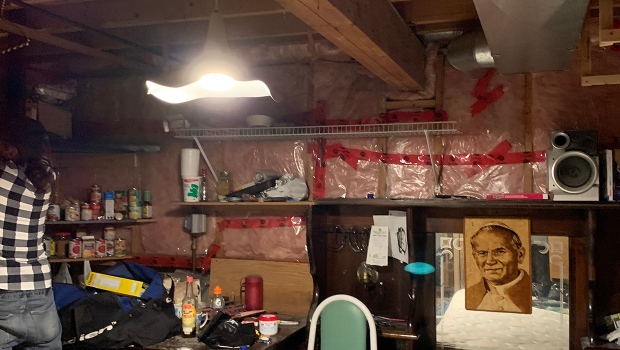 Police say officers are actively investigating the alleged assault but have not yet filed charges.

Piesiac is staying with a neighbourhood friend who says she was heartbroken by the change that came over the usually happy and lively man.

“He was very shaken,” says Kamilla Prasad, who co-incidentally also works in elder abuse prevention. “His hands were shaking. He couldn’t put sentences together.”

Piesiac says he is hoping he can qualify for housing assistance and to find a safe place he can call home.