Calgary's Caden Rogozinski thrilled after being drafted by Cavalry FC

Four local soccer players hoped to hear their name called Thursday night in the Canadian Premier League U-Sports Draft but only one did.

Caden Rogozinski, a defender with the Mount Royal Cougars, was the sixth pick of the first round by Calvary FC, who love the way he plays and believe he has a good chance of fitting in with their plan going forward.

“Caden is a player we’ve been tracking since he was a young player and he is developing nicely into a very well-rounded defender that suits how we want to play," tweeted Cavalry head coach Tommy Wheeldon Jr.

Rogozinski was born and raised in Calgary.

"It was really exciting," Rogozinski said. He watched the livestream at home with his family.

"It's always been a dream to play at home, so I'm finally glad for the opportunity that there is." 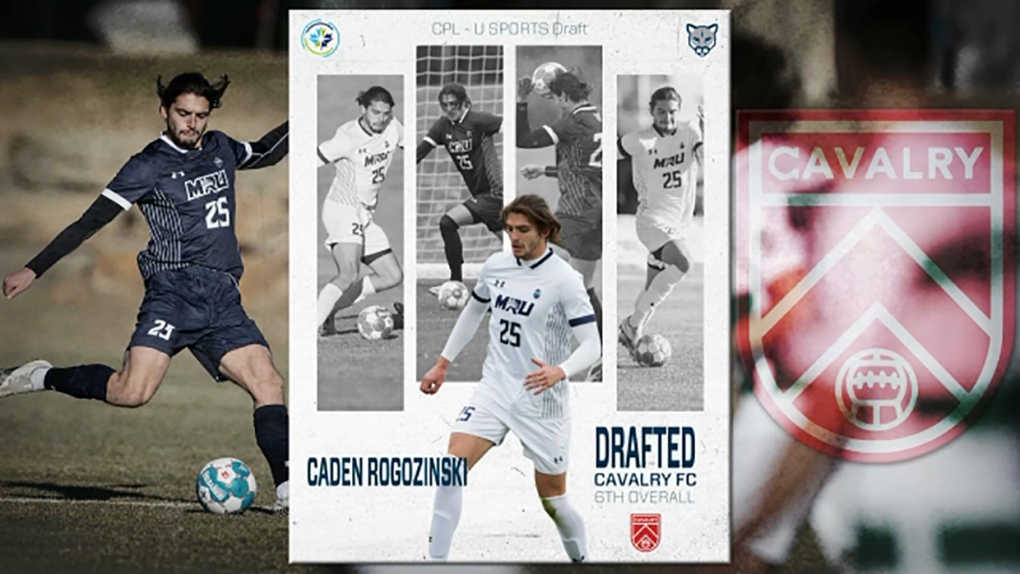 Four local soccer players hoped to hear their name called Thursday night in the Canadian Premier League U-Sports Draft but only one did.

Rogozinski isn't taking anything for granted, however.

"Just because I got drafted that honestly doesn't mean anything because I still have to earn myself a spot on that team and get a contract," he said, "It starts now."

“Caden is a player we’ve been tracking since he was a young player and he is developing nicely into a very well-rounded defender that suits how we want to play" - Tommy Wheeldon Jr#cavsfc #USPORTS #canpl pic.twitter.com/HpjxwXI67G

Rogozinski called Victor Loturi, another former Mount Royal Cougar who is now a big part of the Cavalry, an inspiration.