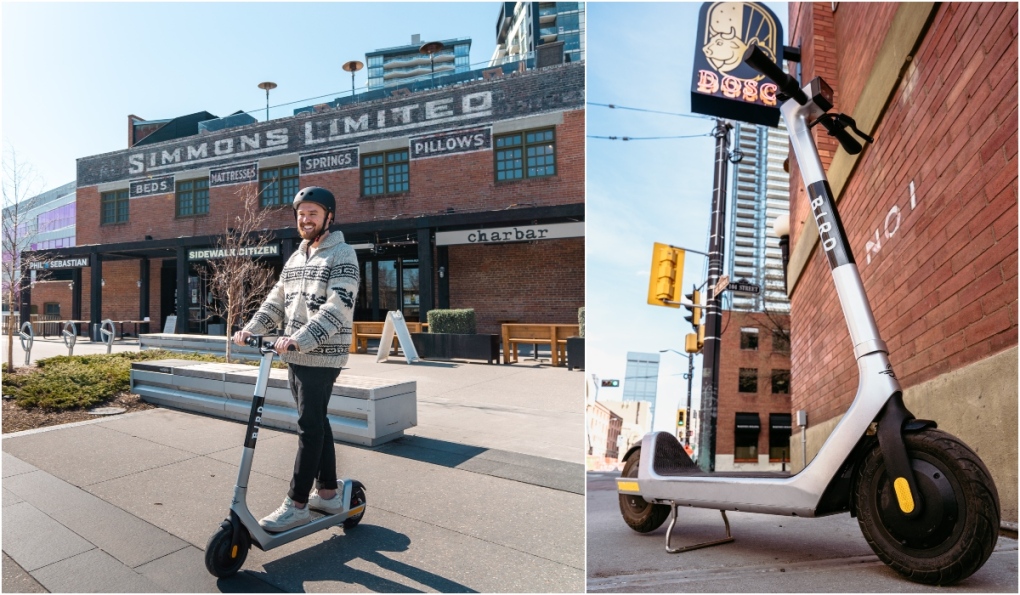 Electric vehicle company Bird Canada has released details on the longest e-scooter ride recorded in Calgary this year, and it's more than 20 times the national average.

The company says someone in Calgary rode a Bird scooter for 58 kilometres this year, the equivalent of going from Southcentre Mall to the airport and back.

Bird says the 58 kilometres were completed during one single trip with some stops along the way.

The average length of a Bird e-scooter trip in Canada this year was 2.8 kilometres, up from two kilometres last year.

“The significant increase in the number of trips taken and jump in the average distance travelled reinforces that Canadians are increasingly adoptinge-scooters as a micromobility solution,” said Bird Canada CEO Stewart Lyons in a news release.

“Given the immediate environmental and economic impact of e-scooters, we anticipate many more cities across the country to explore e-scooters pilots in the future.”

Along with the longest trip, Calgary had the highest total number of trips taken on Bird Canada scooters in 2021, with 1,323,394 kilometres.

"As the Canadian city with the longest-running e-scooter pilot program, Calgary took the top spot for number of trips taken, representing an increase of 187 per cent over 2020," a Monday news release explained.

Bird was one of two e-scooters available for rent in Calgary in the summer of 2021, with Neuron Canada being the other.

To learn more about Calgary's shared E-scooter micromobility program you can visit the City of Calgary's website.

Barely a month after granting himself new powers as China's potential leader for life, Xi Jinping is facing a wave of public anger of the kind not seen for decades, sparked by his 'zero COVID' strategy that will soon enter its fourth year.

Canada is the third most generous contributor to the group, the Association internationale de cooperation medicale, a non-governmental organization that receives support from the Canada-Ukraine Foundation and the Ontario government.

The niece of Iranian Supreme Leader Ayatollah Ali Khamenei is calling on people to pressure their governments to cut ties with Tehran over it's violent suppression of anti-government protests.

Kim Kardashian says she is 're-evaluating' her working relationship with Balenciaga after the luxury fashion house featured children cuddling teddy bears dressed in bondage gear in its latest advertising campaign.

Engineering a pro sports career: How an aerospace studies major joined the Raptors as a coach

The Raptors 905 coach, Eric Khoury, explains how his aerospace engineering studies led him to a career in the NBA.