The owners at Hedkandi Salon on Eight Street S.W. have boarded up their door following a break-in last week.

Thieves made off with tools and products estimated that cost about $2,000. With the damage to the front door, Jereme Bokitch believes he is out about $3,500.

“They got a fair amount of tools but it was more of a smash-and-grab,” he said.

“2022 feels like for us a year we are really going to thrive, so we (are) focus(ing) on making bad things great or making great things better.”

Bokitch says he awoke to the culprits breaking in around 4:30 a.m. on Wednesday. He feels they did this out of desperation, so wanted to transform the bad situation into something positive.

He sought out local muralist and artist Tiffany Cuffley to help paint the boarded up door.

“My work is geometrical, so it does have a lot of shape to it,” said Cuffley.

“A little mid-century, modern and I do have a plant growing out of it, just to symbolize something new coming out of an unfortunate situation.” 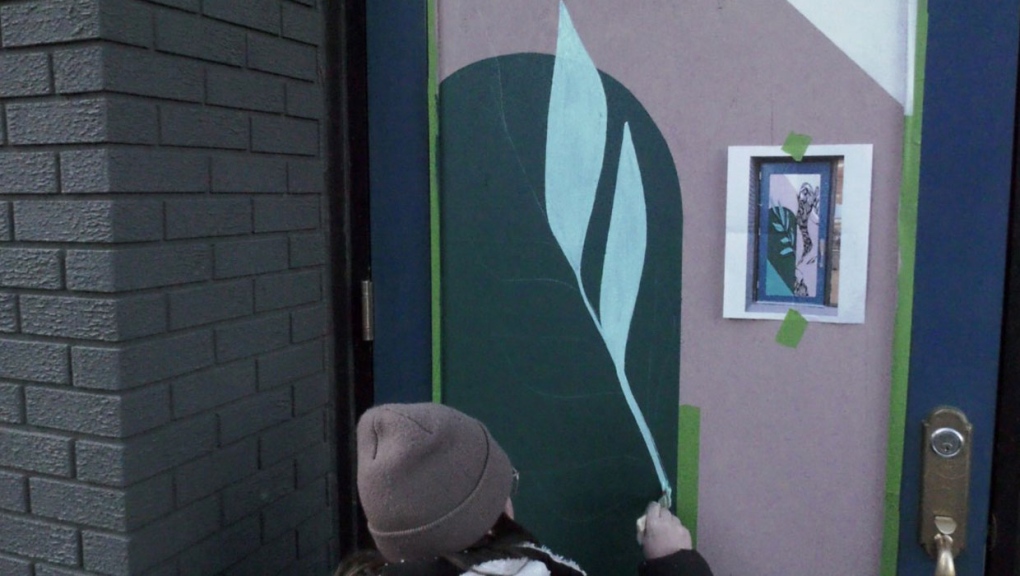 Cuffley’s artwork will be auctioned off, with money raised being donated to the Alpha House.

“I’ve got a ton of friends that are in recovery. I’ve had two of my friends this year pass away because of that and I just see it more and more and they’re just not doing well,” said Bokitch.

For Cuffley, she typically does not create murals in the winter but is excited to have a chance to show off her work.

“It will be up temporary and there will be glass going back in,” she said.

“But there is a bit of a turnaround for that so it will stay here for a few weeks.”

Quebec's health ministry announced Thursday evening there are two confirmed cases of monkeypox in the province, while 20 other suspected cases are still under investigation.

A painting by Nova Scotia artist Maud Lewis that was once traded for a few grilled cheese sandwiches, recently sold for an astounding $350,000 at auction.

A charity that focuses on helping LGBTQ2S+ refugees facing violence and discrimination internationally is calling on the Canadian government to partner with them to facilitate a way out for hundreds of Afghans who have reached out to them in desperation.