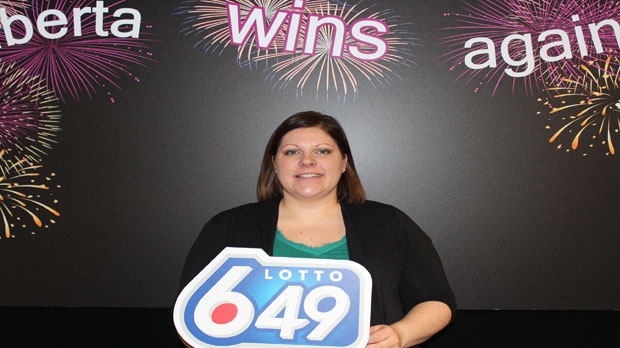 A Calgary woman will have a merry Christmas this year after she won over $1M on a LOTTO 6/49 ticket.

Julie Kelly won $1,666,666.70  in the December 7th draw and bought the Quick Pick ticket from a southeast Safeway gas bar.

Kelly says she normally only plays LOTTO MAX, but decided to buy a LOTTO 6/49 ticket when she stopped to buy gas.

She says she will use some of the money for a new home and vehicle for her family.

Kelly shared the $5M pot with two other winners from Ontario and Quebec.