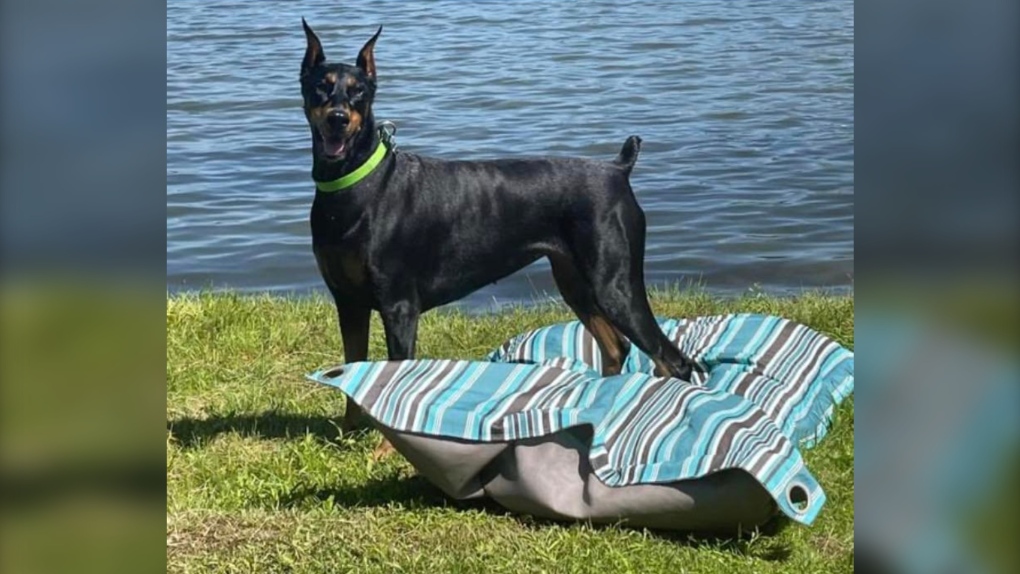 Medicine Hat police say a car was taken from the southeast part of the city Friday morning. Inside the vehicle was Miley, a three-year-old Doberman.

A Medicine Hat woman has been reunited with her dog and her car after both were stolen last week and recovered that same day in Saskatchewan.

The car was reported stolen the morning of Dec. 2 from the Kingsway Avenue S.E. area of Medicine Hat, and the owner informed police that her dog had been in the vehicle at the time of the theft.

Officers located and attempted to stop the stolen car a short time later, according to Medicine Hat Police Service officials, but their initial attempts were unsuccessful.

The vehicle was tracked from the southern Alberta city to a rural spot in Saskatchewan where two men were arrested. The dog was located unharmed and has been reunited with its owner.

The names of the thieves have not been released.

The Medicine Hat Police Service issued a reminder to all drivers to not leave unattended vehicles running as opportunistic criminals prey on the chance to steal cars with little effort.