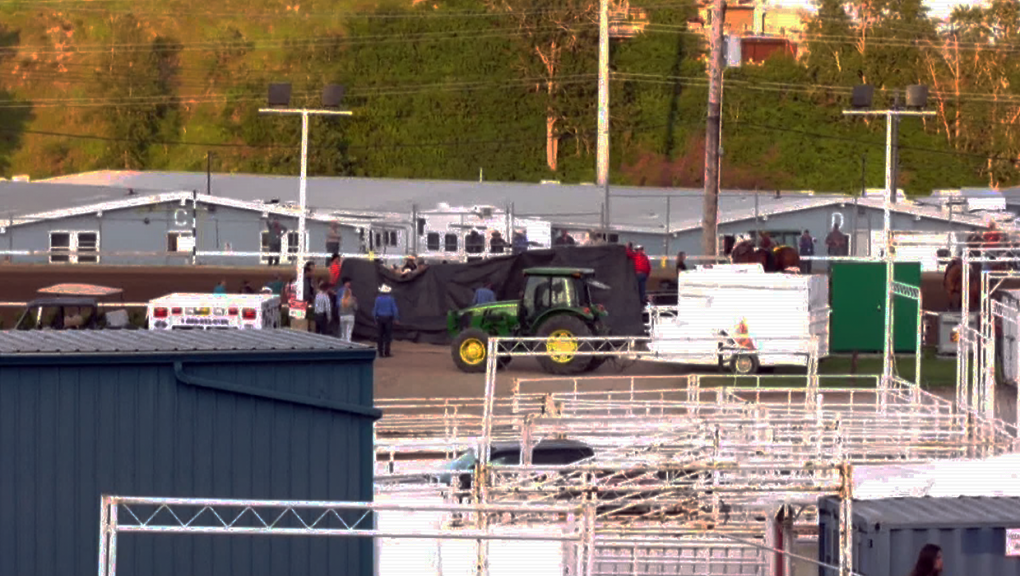 A collision in In the seventh heat of the July 11 chuckwagon races resulted in the death of a horse belonging to driver Evan Salmond.

Disqualified from competing after a 2019 collision that left one horse dead and three others injured, chuckwagon driver Chad Harden is now able to compete at the Calgary Stampede this summer.

He was fined $10,000, and ordered to pay an additional $10,000 for causing the horse's death. Officials determined the incident was caused by driver error and was avoidable, leading to the suspension.

The Calgary Stampede is now welcoming the chuckwagon driver back to compete after his disqualification was appealed.

Spokesperson Kristina Barnes says the Stampede is confident it is safe for him to return.

“If we weren’t totally confident that he’s a good driver, we wouldn't have invited him back," she said.

Harden is experienced, being a third-generation chuckwagon driver and holding a championship title for the 2009 Ridgeland Derby.

Guidelines of the Stampede rulebook gave Harden the right to appeal, although he would have to meet certain criteria. Drivers are typically invited to compete based on sportsmanship, industry standards, and safety records.

“In January of 2020, it had been concluded that Chad Harden had met the requirement to receive invitation consideration,” said Barnes. “So that means he wouldn't get an automatic invitation, but we would be considered to be invited back.”

Some have mixed feelings about Harden’s return to chuckwagon racing.

PETA has fought against chuckwagon racing for many years in hopes of stopping horse deaths from happening.

Some changes were made to the format for chuckwagon racing at the Stampede, with three wagons now being used instead of four, allowing for more room to “maneuver,” officials said.

There will also be enhanced pre-race inspections of the horses and more groundwork done to the racing track.

The Calgary Stampede Rangeland Derby will be held July 8-17.