Officials with the City of Calgary are looking for public input as they plan for a major redesign of the Memorial Park Corridor.

The area was devastated by flooding in 2013, and it's hoped the redevelopment will increase flood resiliency and enhance the community's connection with the river and natural environment, as well as commemorate the heritage of the area.

The city created Memorial Drive after the First World War.

Between 1922-1928, city officials planted poplar trees along the road for each southern Alberta soldier who died during WWI.

The memorial was designed to bring solace to grieving families who did not have graves to visit.

Trees have been removed over the years, but clones of the original poplars have since been replanted.

However, to build the berm for flood mitigation, more trees will need to be removed.

“We’ve heard a number of different concerns about that," said Ward 7 Coun. Terry Wong. "Particularly, that we are removing a substantial number of trees in that area, trees that have been part of that Memorial history."

"How is it that we rebuild Memorial pathway (so that it) retains some of the history/heritage we’re talking about, but at the same time recognizing a berm is a substantial structure that will get in the way of both people’s enjoyment, sight lines and everything else," Wong said. 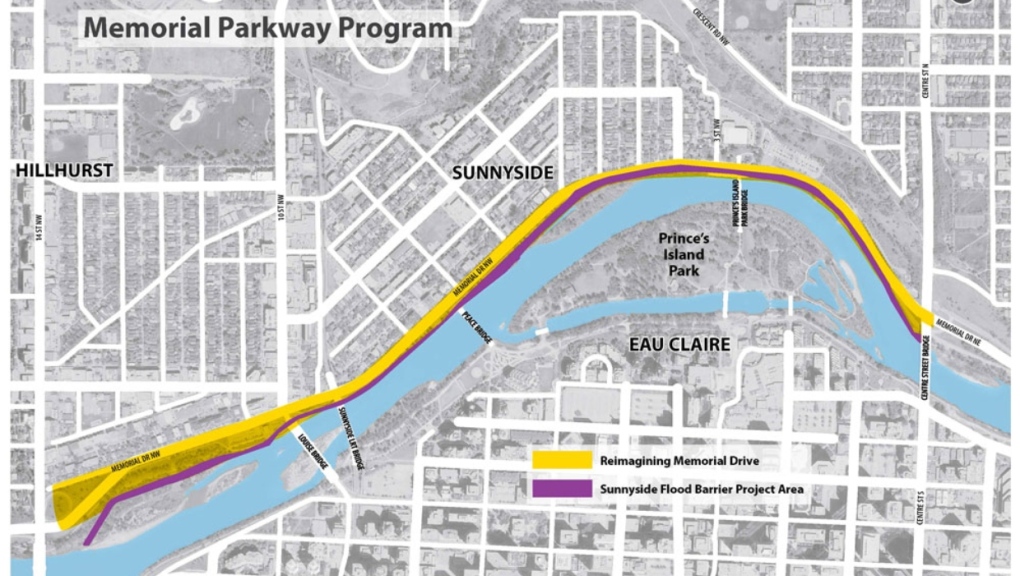 The City of Calgary says the Memorial Parkway program will create a universally accessible, vibrant, and sustainable public realm. The project is in Phase 1 of engagement, before Phase 2 – slated for August – which will see the selection of a design option.

The city is accepting public feedback on the project until July 15.