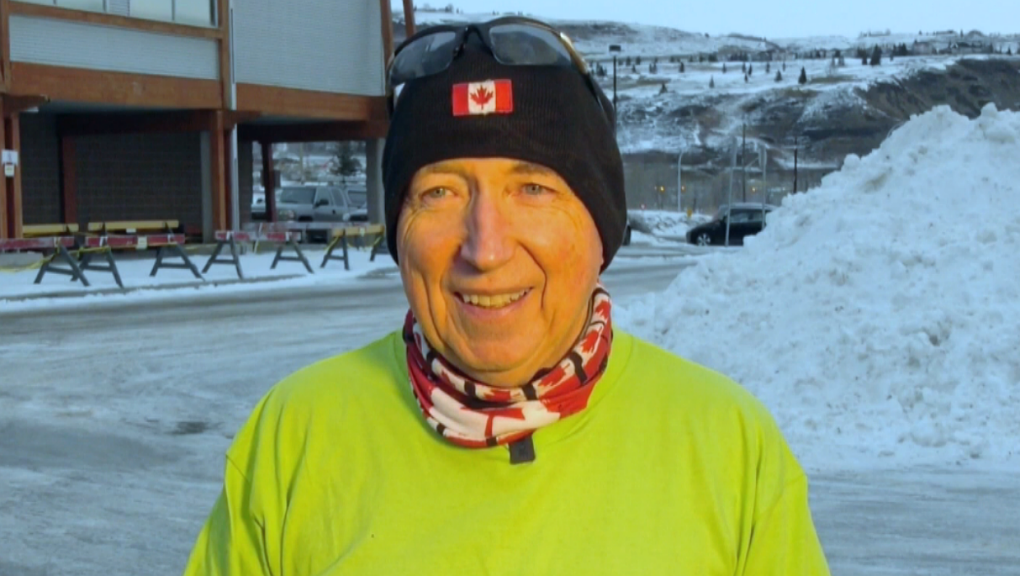 After 10 years, Martin Parnell ran his final New Year;s Eve Run and Walk in Cochrane on Tuesday. The endurance athlete ran 250 marathons in 2010 to raise money for charity.

CALGARY -- Cochrane’s Marathon Man is ringing in the new decade with one final run before hanging up his New Year’s Eve running shoes.

Martin Parnell has been holding his annual New Year’s Eve Run and Walk since 2010, where he ran the route flanked by hundreds of supporters to mark his 250th marathon of the year.

"Ten years seems to be a good number. I feel it’s time for a break," the 64-year-old said, adding he and his family are looking forward to a proper Christmas vacation next year.

"It's just one of those things where I think it's a good time to say that's it. And you can kind of wrap it up a little bit and look for potentially new adventures and new journeys."

"I was just in a mall, just do some shopping,and suddenly, everything went very strange on me," he said. "I couldn't understand what people were saying and my words didn't come out properly."

Parnell credits staff at the Foothills hospital in Calgary for getting him back on his running feet, and believes his fitness regimen also helped speed his recovery.

"Obviously, it doesn't solve everything, but it's probably the best life insurance you can take out — to do something. And I think  that's made a big difference."

Parnell previously suffered a large blood clot to his brain in 2015 and fought his way back to running shape again.

His obsession for running became a humanitarian venture, where he ran with girls in Afghanistan to help empower women in that country through sport, and hoofed it through Africa to raise money for Right to Play — a charity that uses play-based programming to teach children how to build life skills.

"It's been an amazing journey for the decade and we’ve managed to raise money for a number of groups and have some incredible adventures," he said.

What Parnell calls "slowing down" would still be a stretch for most people. Despite still recovering from his October stroke, Parnell will be running in the Boston Marathon in April, which will mark his second appearance in that famous race.

Parnell is also set to release his latest book titled The Ageless Athlete and a documentary film of the same name.