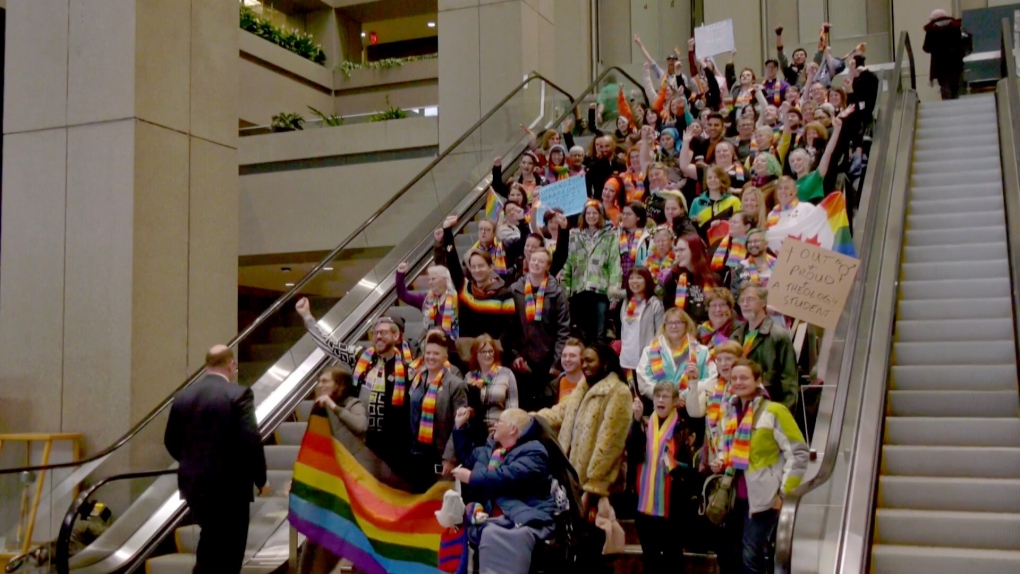 CALGARY -- The City of Calgary's community and protective services committee has unanimously approved a proposed bylaw that would ban conversion therapy.

The bylaw's approval is now in the hands of city council.

The committee drafted a proposed bylaw banning the practice and leading to fines for anyone found to be advertising or offering the therapy.

City staff received more than 600 pages of submissions — in support of or opposing the bylaw — from members of the public.

City council is scheduled to vote on the proposed bylaw on May 25.

After 2 long days, I'm incredibly pleased that Committee unanimously passed the bylaw to protect members of the LGBTQ2S+ community from the harmful practice of conversion therapy. Onto Council May 25 #LoveIsLove #yyccc pic.twitter.com/I569YkNRo1