CALGARY -- Home Depot Chinook in southwest Calgary has closed temporarily due to a COVID-19 outbreak, the company confirmed Tuesday.

According to Alberta Health Services, Home Depot has 33 confirmed cases of COVID-19, all of them active. The company confirmed that figure includes several employees.

"While I cannot disclose further details about the individuals due to privacy, I can confirm that they are in quarantine, and associates that came into close contact with a confirmed case were also placed on paid leave," said Paul Berto, Home Depot Canada's director of corporate communications, in an email to CTV.

"We’re working with local public health and our focus is the safety of our associates and customers which is why we’ve put numerous safety measures in place," he added, "including requiring masks, daily health checks for associates, social distancing, contact tracing and enhanced cleaning in addition to paid leave and time-off policies for associates, which can be used for any reason."

"We also had recently reduced hours at this location as well as (implementing) rapid (COVID-19) testing," he said.

The store will remain closed until June 1.

Calgary police service also confirmed an outbreak at its headquarters on 47 Street  NE. There were 11 cases, involving civilians and sworn members of the force, but a spokesperson said none of them were frontline employees who deal directly with the public. All 11 cases have recovered. 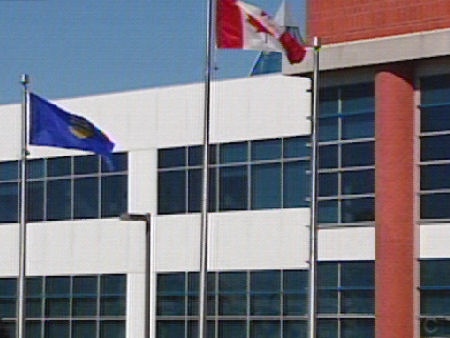 Alberta reported 387 new confirmed cases of COVID-19 Tuesday, the second day in a row that cases have dropped below 500.

Premier Kenney is scheduled to announce the province's plan for the summer at a press conference on Wednesday.