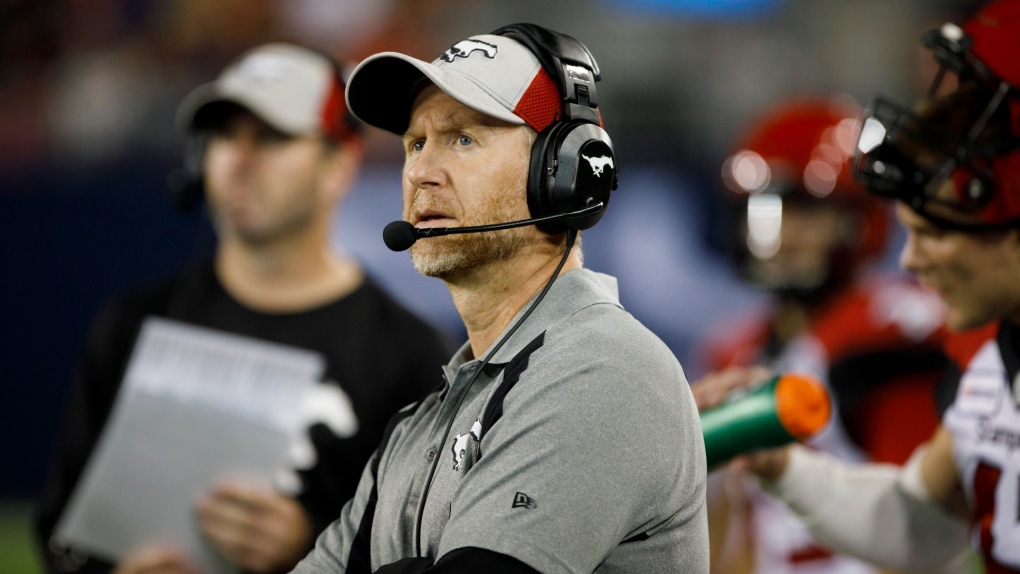 Calgary Stampeders head coach Dave Dickenson is seen during second half of CFL action against the Toronto Argonauts in Toronto on Sept. 20, 2019. (THE CANADIAN PRESS/Cole Burston)

Bob Slowik joins the Stampeders as a defensive assistant while T.J. Vernieri has been added as offensive assistant. Slowik served as the Montreal Alouettes' defensive co-ordinator in 2019 while Vernieri spent two years as a receivers coach at Lycoming College, a Division III school in Williamsport, Pa.

Prior to coming north, Slowik spent over 20 years coaching in the NFL, including a combined 10 seasons as a defensive co-ordinator with the Chicago Bears, Cleveland Browns, Green Bay Packers and Denver Broncos.

The remainder of Calgary's coaching staff consists of:

"I am very excited to add Bob and T.J. to our coaching staff, they're certainly a study in contrasts," Dickenson said in a statement. "T.J. is an eager young coach just getting his feet wet in professional football and Bob certainly has a wealth of knowledge after more than three decades of coaching in the pros and college.

"This is a terrific opportunity to bring new ideas and voices into our coaching group and I know they will both be great additions to the team."