'Didn't even know this was on the map': Visitors, businesses in Radium, B.C. take closure in stride

'Didn't even know this was on the map': Visitors, businesses in Radium, B.C. take closure in stride

Any construction delay is often a source of frustration for many drivers, but for a community nestled in the Rockies, it's an opportunity to be noticed.

The Trans-Canada Highway is closed for a 10-kilometre stretch just east of Golden, B.C. as construction resumed on the Kicking Horse Canyon Project – a planned redevelopment of the highway into a two-lane route that has gentler curves and an increased attention to safety.

Because of the work, travellers are once again detoured along Highways 93S and 95 into the village of Radium, B.C., a community that is approximately 130 kilometres south of Lake Louise, Alta.

Some of the drivers that CTV News spoke with on Wednesday say they don't mind driving out of their way for the visit.

"We've stopped before and we've actually stopped at this market before," said one woman who was driving north from Vancouver.

"We liked the market, so we planned this stop because we knew we were coming this way – we had to come this way."

Even those taken by surprise by the closure were happy to stop in the village.

"We wouldn't have stopped here," said a tourist from California. "We didn't even know this was on the map.

"So, it's an interesting stop – but the drive through is beautiful!" 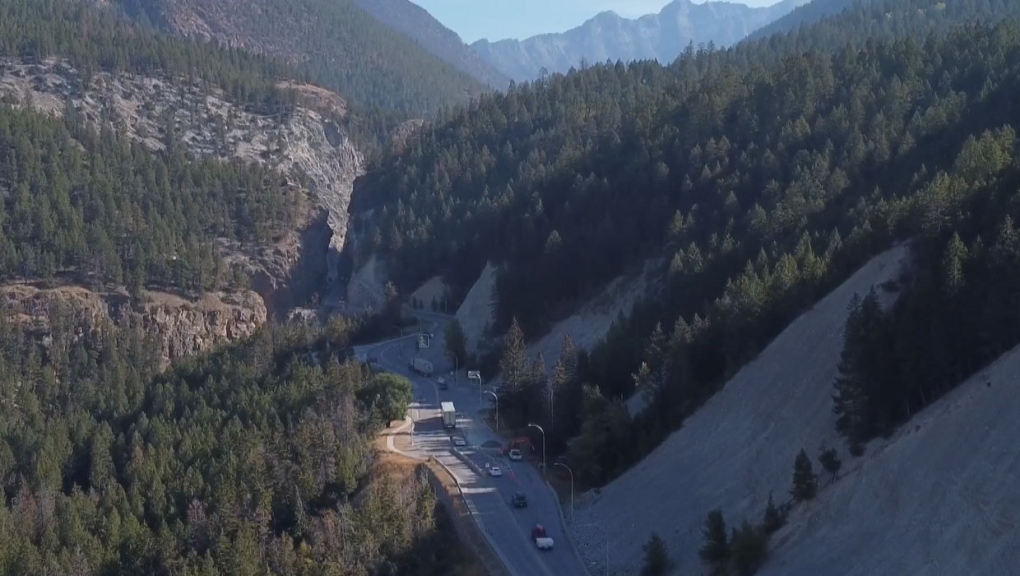 Not just tourists are happy with the added traffic. Radium business owners say they couldn't be happier with the economic bump.

"Bottom line, there's more people coming through because the weather is nice," said Carleen Campbell, owner of the Bighorn Café.

"It's not as crazy as the summer, but we still have a bump up in our shoulder season, which basically started after September long weekend."

Officials, as well as other businesses, say Radium is suffering from some of the same challenges that other, higher profile, communities like Banff and Lake Louise.

Nico Pascua, who helps manage local businesses in the village, says food supplies need to be managed throughout the whole season.

"We make sure we increase the number of our foods and stuff like that – we know they're coming because we know the highway is closed – for sure people are coming here," he said.

"One of the things that we're trying to encourage travelers to remember is that we are a village and we had staffing problems all summer," said Radium's mayor Clara Reinhardt about some of the community's additional obstacles.

"That hasn't really gone away as young people go back to school. It's so important that people plan their trip and check to see what's open."

The detour is scheduled to be in place until Dec. 1.

(With files from Bill Macfarlane)