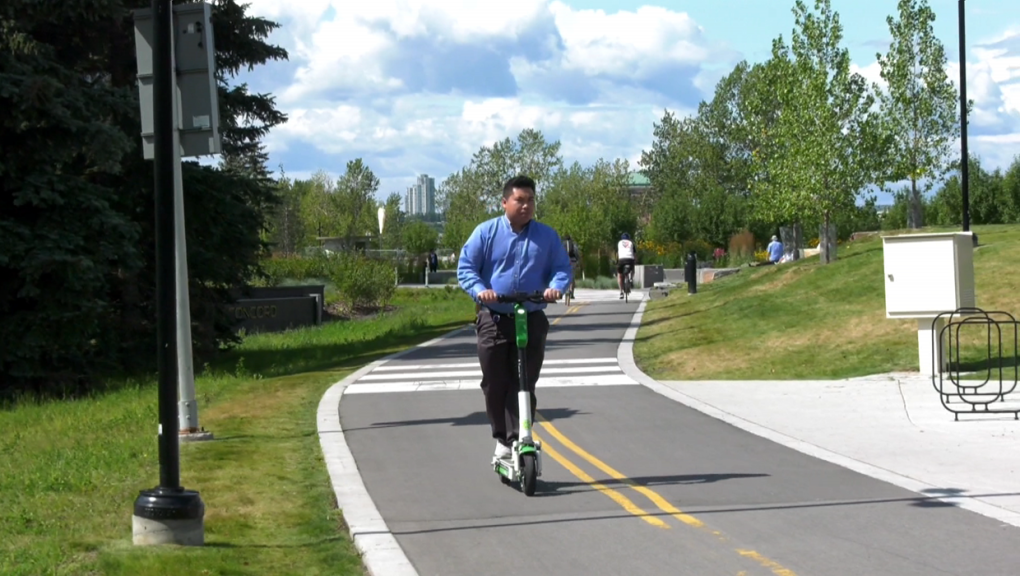 CALGARY -- The City of Calgary has announced its electric scooter pilot project is slated to return in early April — weather permitting — with tougher penalties for those who fail to abide by the rules.

According to city officials, the e-scooters operated by third-parties are scheduled to reappear in the first week of April and will be accompanied with several changes to the program that were not in place when the scooters debuted.

The following fines will be in place under City of Calgary Traffic Bylaw to address public safety concerns:

The city will designate 'Share & Go' parking zones — painted areas on sidewalks or in repurposed Car2Go parking stalls — to encourage "considerate parking areas." While use of the new parking spots is recommended, operators may also continue to park the scooters in the furniture zone — the section of a sidewalk in line with benches, bike racks, trees and garbage receptacles — at the conclusion of their rental.

Shared e-scooters will also be governed by the introduction of slow speed zones, where the scooters will automatically have their speed capped at 15 km/h instead of the normal 20 km/h.

The city is expected to release a map of its slow speed zones and designated e-scooter parking zones in the coming weeks.