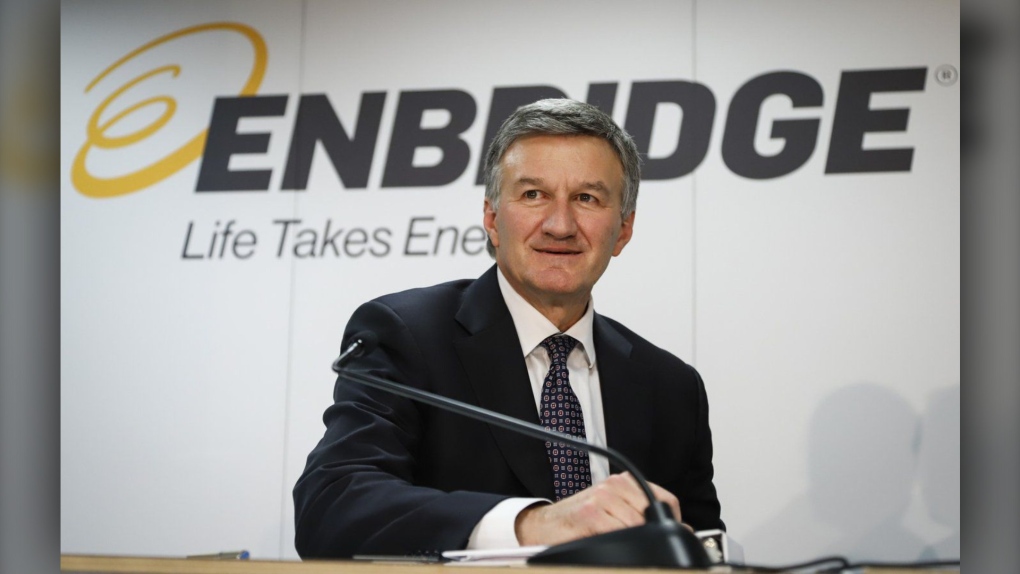 Monaco, who has served as the company's CEO since 2012, will be replaced by current board chair Greg Ebel.

To support the transition, Monaco will remain with the company in an advisory capacity until March 1, 2023, Enbridge said in a news release.

Monaco led Enbridge through a period of unprecedented growth, which included the company's $37-billion acquisition of Spectra Energy in 2017. The deal accelerated the company's natural gas strategy and expanded its U.S. footprint.

"I've been honored to lead Enbridge and our tremendously talented and dedicated people over the last decade," Monaco said in a news release. "I'm very proud of what we've accomplished together in building the leading diversified energy delivery company in North America."

Last week, Enbridge signed a deal to sell a minority stake in seven pipelines in the Athabasca region of northern Alberta to a group of 23 First Nation and Metis communities for $1.12 billion, something Alberta Premier Jason Kenney called "the single largest Indigenous transaction in the natural resource sector in the history of North America.''

Monaco called the deal one of Enbridge's proudest moments.

During his time as CEO, Monaco has also been an outspoken advocate of North America's energy industry. In 2022, Monaco spoke often about the need for conventional energy from North America as well as new, clean technologies to help ease geopolitical tensions created by Russia's invasion of Ukraine.

"On behalf of the board, I would like to thank Al for his invaluable and bold leadership over the last decade as CEO, and throughout his 27 years with Enbridge," said Ebel in a news release.

"Al's unparalleled leadership, discipline and integrity has ensured that the company is incredibly well positioned to remain a critical component of North America's energy fabric, and to grow, for decades to come," Ebel added.

Ebel has been chair at Enbridge since 2017 and before that was chair and chief executive of Spectra Energy.

Enbridge said a new independent board chair will be named before Ebel takes over the top job.

US knocked out of World Cup, loses to the Netherlands 3-1

Memphis Depay and Daley Blind scored in the first half and Denzel Dumfries added a late goal as the Netherlands eliminated the United States from the World Cup with a 3-1 victory Saturday that advanced the Dutch to the quarterfinals.

Russia rejects $60-a-barrel cap on its oil, warns of cutoffs